A University professor has spoken out about the recent outburst by the Nigerian First Lady, Aisha Buhari. 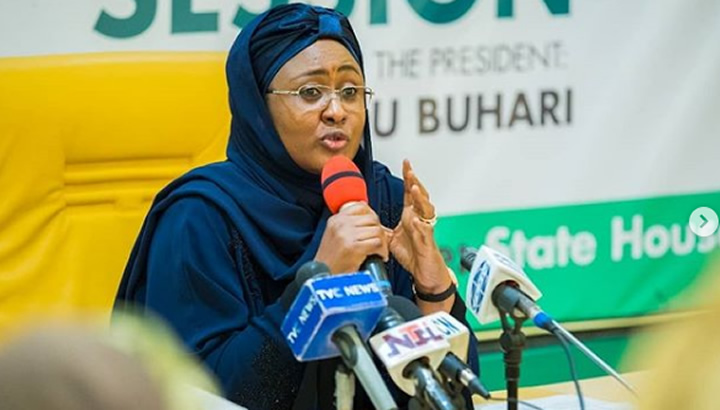 Prof. Adediwura Adio, a professor of Political Sociology, has described the recent outburst by Nigeria’s first lady, Mrs Aisha Buhari as a clear indication that Nigeria is being run by proxy, Daily Post reports.

The wife of the President in a press statement sent to a National Newspaper accused President Muhammadu Buhari’s nephew, Mamman Daura of taking decisions on sensitive policies of the government and giving directives without the knowledge of the President.

Adio, in a telephone chat with Daily Post on Wednesday, opined that the recent revelation by the first lady further confirmed rationale behind several ” lopsided and contradictory decisions of the government in the past”.

The varsity teacher argued that the low ebb of the socioeconomic status of Nigeria since the coming of the APC-led administration was a reflection of the absence of proactive leadership.

He maintained that the survival and continuity of Nigeria could be in jeopardy with the recent trend of political happenings, alleging that the Buhari-led government has lost track of governance for a very long time.

Adio wondered how National decisions of high sensitivity could be made by a non-elected person with impunity.

He said:” Nigeria has been reduced to a mere joke, while leadership is too weak to make a significant impact in the lives of ordinary Nigerian.

” The revelation from Mrs Buhari is shocking and disheartening, it is indeed a bad omen for our evolving democracy; it shows that our country is being run by proxy over these years.

“Every stakeholder in the Nigeria project, especially the media and civil society organisations must dig deep to unravel more facts of this issue and press for necessary action against such ineptitude.

“It is astonishing that a non-elected member of President’s family is now the one taking decisions that are binding on over 200m Nigerians”.

Adio, therefore, called on President Buhari to retrace his steps and take governance serious beyond any sentiment.

“President Buhari should be made to understand that leadership is a serious task, he should honourably resign if he feels the responsibilities of that office are beyond his capacity and intelligence”.