How The Once Infamous Nigerian Singer, Skiibii Finally Saw Fame


The story has been told of how Nigerian singer, Skiibii finally found limelight after trying for years. 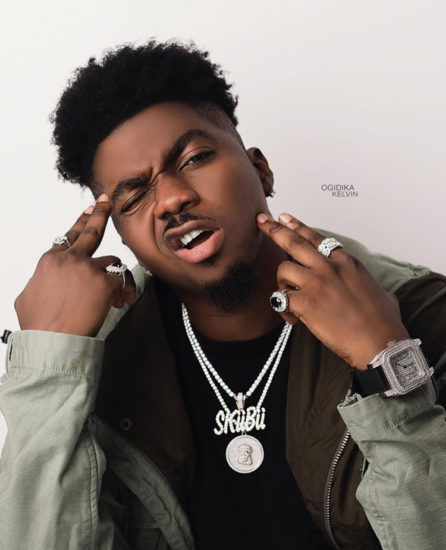 According to local parlance, “Who Go Blow Go Blow.” That word really tell the story of Skiibii Mayana who saw death, came back and never saw fame. But it seems his ancestors prayers are now working for him. ANTHONY ADA ABRAHAM writes.

The advent of social media in Nigeria has really helped to hype not just musicians, but politicians, businessmen, women and individuals who are now seen as social media influencers.

Lots of people have pulled different pranks (not excluding pranks) on social media just to promote either a movie or music. In 2015, things took really interesting turn for Nigerian singer, Skiibii, when he faked his own death and had people sympathising and crying over his untimely demise.

It was later discovered that the news was false and the singer was only doing it to gain attention and bring awareness to his music.

Many fans got upset about the stunt and some swore that they would never lose their dignity so much as to fake their own death just for fame.

In an interview on the midday oasis with OAP Dotun, barely a year after he left Five Star Music in 2018 to set up his own record label, Skiibii said he faked his death because he was ready for everything but people never saw beauty in his talent. “I was ready for this. For everything. What I feel is that people don’t know what I’m capable of. They don’t see the beauty in my talent. More bangers coming. Na dem say na hit , me I no know say na hit sef,” he said.

However, his plan failed and the criticisms hampered his rise to fame and things generally didn’t happen as he had expected.

It seemed his talent was retrogressing when  Five Star Music was his record label with KCee and E-Money as his bosses. There weren’t any song he did that made wave. He was like a failure from the start. There was a time people insinuated that he was just forcing himself to be famous even after trying everything within and outside his powers to make it in the music industry.

Even E-Money’s fame and money couldn’t guarantee his musical career to the summit, not until the singer announced that he was leaving the label in 2017, leaving many to wonder how he would cope on his own.

After the drama, the singer didn’t give up and went on trying his hardest to release songs that people will appreciate and notice his talent with. Though, in the end, it worked out better.

Interestingly, his hard work paid off and his songs since 2018 have been major hits including “That’s How Star Do,” “Sensima” and “Skibobo.”

It now dawned on his followers that truly he wasn’t just a crap musician but his talent was being suppressed by his ex record label.

Today, Skiibii has done songs with forces to be reckoned with in the industry like Reminisce, Reekado Banks  Fiokee, Masterkraft, DJ Neptune ,JayPizzle, Kosifresh, Falz, Teni, D’Tunes and others.

With his boldness to leave five star music and his newly found levels as a musical symbol whose songs can be played and danced to anywhere, it started a revolution of movement of other artistes who though might also be feeling the pinch but couldn’t so anything.

Del’B is a prominent hit producer and was largely responsible for KCee’s chart topping hits, but he dumped them in  2015 after unreconcilable differences.

In November 2016, Harrysong announced a departure from Five Star Music via his social media, he expressed his displeasure at being underappreciated by the record label, and has moved on to create his music company, AlterPlate.

Soberekon is known for his mastery in entertainment business and talent management but couldn’t stay after he was accused that he was responsible for promoting the death rumour of Skiibii. Though he has worked and helped shaped the musical life of KCee, every thing turned upside down when he also left. He’s mostly seen with Davido and other big rivals of his former paymaster. “That’s how stars Do”.