Abductors of Catholic Priest Demand N20m Ransom For His Release


The kidnappers who abducted a catholic priest in Delta state have demanded for 20million naira ransom in order to release him. 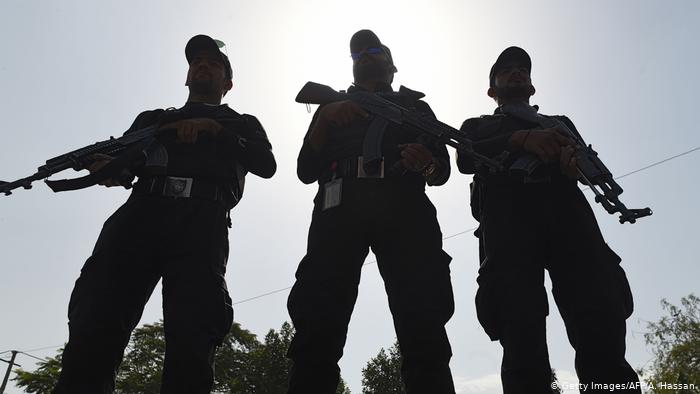 The abductors of a Roman Catholic priest in Issele-Uku Diocese of Delta State, Rev Fr Samuel Agwameseh, are demanding a ransom of N20 million for the cleric to be released.

Fr Agwameseh who is the Parish Priest of St Lawrence Catholic Church, Issele-Mkpitime in Aniocha North Local Government Area of the state, was reportedly kidnapped on Saturday by unknown gunmen suspected to be Fulani herdsmen.

The priest had been reportedly returning from the neighbouring Onicha-Olona town where he had gone for the production of the church weekly bulletin meant for Sunday’s masses.

His car, which was abandoned during the operation, is already in custody of the police, according to Director of Social Communications of Issele-Uku Catholic Diocese, Rev Fr Charles Uganwa, who confirmed the development to our correspondent on Monday.

He said the police were on top of the situation, expressing hope that his colleague would be released unhurt.

Uganwa, however, restated the stand of the Catholic Church against the payment of ransom, noting that the church will neither pay nor encourage the payment of any form of ransom for any kidnapped victim.

Contacted, the Public Relations Officer of the state police command, DSP Onome Onovwakpoyeya, said her office was yet to be briefed, but promised to make enquiries and get back to our correspondent.

She was yet to get back to Daily Sun as at the time of publishing.

Meanwhile, residents of Issele-Uku, the headquarters of Aniocha North Local Government Area, are lamenting the rise of kidnapping in the area.

They claim that no fewer than four cases of kidnapping have been reported in the past three weeks, with several more cases unreported.

Sources in the area ,a lawyer, primary school teacher, community leader and grassroots politician – have recently been forcefully taken into hostage by gunmen suspected to be herdsmen.

The victims regained freedom after their relatives coughed out ransoms, according to the sources, who insisted that the security challenge in the area has simply overwhelmed government.

The sources hinted that communities within the area have decided to take matters into their own hands by supporting their local vigilantes to secure lives and property.