Man Scalds Wife For Refusing To Take Him Back


A Tanzanian woman has been scalded after her estranged husband poured her hot oil and water for refusing his proposal to get back with him. 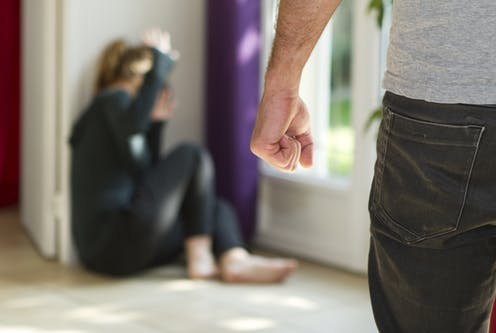 A 24-year-old woman from Kiembeni in Mombasa is receiving treatment at the Coast Provincial General Hospital after she was allegedly scalded with a mixture of hot water and cooking oil by her estranged husband.

Winnie Wambua claims that on December 13, her middle-aged partner, Henry Mugonda, whom she had separated with for nearly one year, confronted her at her hair salon in Kiembeni, Kisauni Sub-County, and demanded she lets him back in her life.

Wambua told K24 Digital that Mugonda, a Tanzanian national, had — in the past two months – been unsuccessfully attempting to win her back.

“On December 13, he came to my workplace and asked if I could reunite with him. Just like before, I said ‘no’ to his request. He got angry, and told me: ‘I will ensure I inflict on you the same pain that I am feeling for losing you’. He, thereafter, walked out of the salon and went to a nearby building, where I had seen him store a kitchen stove. I did not know why he had carried a cooking appliance with him,” said Wambua.

“After 30 minutes, he came back to the hair salon carrying a jug that contained a mixture of hot water and cooking oil, and scalded me with the liquid,” said Wambua, who added: “Based on his actions, he had pre-planned the whole attack.”

Wambua sustained burn injuries to her face, shoulder and chest.

She claims that after committing the offence, her estranged spouse took off on a waiting bodaboda.

Police have tracked down the suspect to the Kenya-Tanzania border in Horohoro, which is located in Kenya’s South Coast.

Authorities believe that Mugonda is attempting to flee into his native country.

On her sickbed, Wambua urged law enforcement officers to ensure they arrest and arraign Mugonda, whom she shares a son with.