A former National Security Adviser who has been in custody for four years has been released by the DSS. 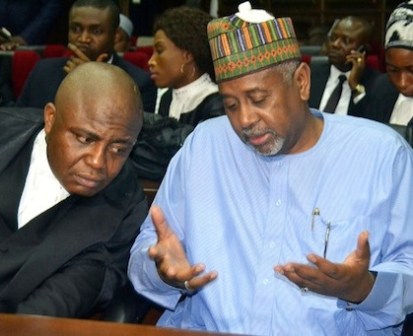 Sambo Dasuki has been released after four years in detention
The immediate-past National Security Adviser, Sambo Dasuki, has been released from the custody of the Department of State Services.
His release was confirmed by the ex-NSA’s lead counsel, Mr. Ahmed Raji (SAN), at about 8.11pm on Tuesday.
Confirming the release to Punch, he said, “He was released a few minutes ago.”
Dasuki was arrested by the DSS on December 29, 2015 and had remained in custody, in violation of a series of court orders issued for his release.
The Attorney-General of the Federation and Minister of Justice, Mr. Abubakar Malami, had earlier on Tuesday said he had directed the DSS to comply with the court order granting bail to Dasuki and the publisher of SaharaReporters, Omoyele Sowore.
Top Stories