It would be recalled that the state police command recently arrested dozens of the operators for allegedly flouting the traffic laws. 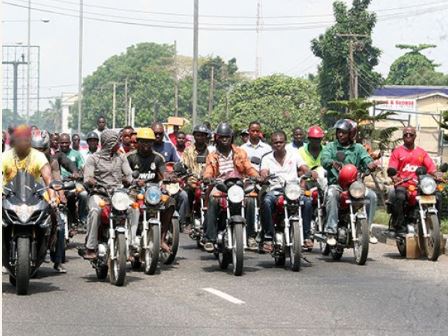 The Lagos State Government is expected to make a declaration tomorrow (Tuesday) on commercial motorcycle and tricycle operation in the state.

Daily Trust reports that, in recent times, there has been a resurgence of Okada on the highways by operators of bike services, including Opay, Max.ng, Gokada, among others.

It would be recalled that the state police command recently arrested dozens of the operators for allegedly flouting the traffic laws.

Speaking at a live interview on TVC News in Lagos, monitored by a DailyTrust correspondent, the governor said a decision had been taken on the menace of Okada and Keke Marwa which would be clarified with the security architecture of the state.

The governor did not however, disclose the action which had been taken with many people guessing whether there would be a total ban or further streamlining of the operation of the riders which have grown astronomically in recent times.

Answering questions on the daily influx of people into the state, the governor declared that the state would not restrict movement as long as they are Nigerians coming to do legitimate businesses.

He said: “In terms of free movement, we really cannot do anything about that. We cannot put a border post at Ojota and say that you cannot come in. We are Nigerians and we are all from the same nation.

“But there is the need for us to ensure that you are coming to do genuine and legitimate business in the state and the state would be open for that.”

The governor however, said the state, through the Residents Registration Agency (LASRRA), is working to have a database of all Lagos residents.

Speaking further, the governor disclosed that the planned construction of the fourth Mainland Bridge, which bid had been opened, would be ready by 2023.

He said no fewer than 32 contractors had been shortlisted for the expression of interest, adding that: “By the grace of God, we should see the bridge on the Lagos lagoon.”

The governor explained that the bridge would cover Epe, Ikorodu, Ijebu-Ode, Sagamu up to Lagos-Ibadan expressway with a view to decongesting the Lagos metropolis and reducing the traffic gridlock in the state.