Heavyweight champion of the world, Anthony Joshua has opened up on his desire to fight this deadly boxer in 2020. 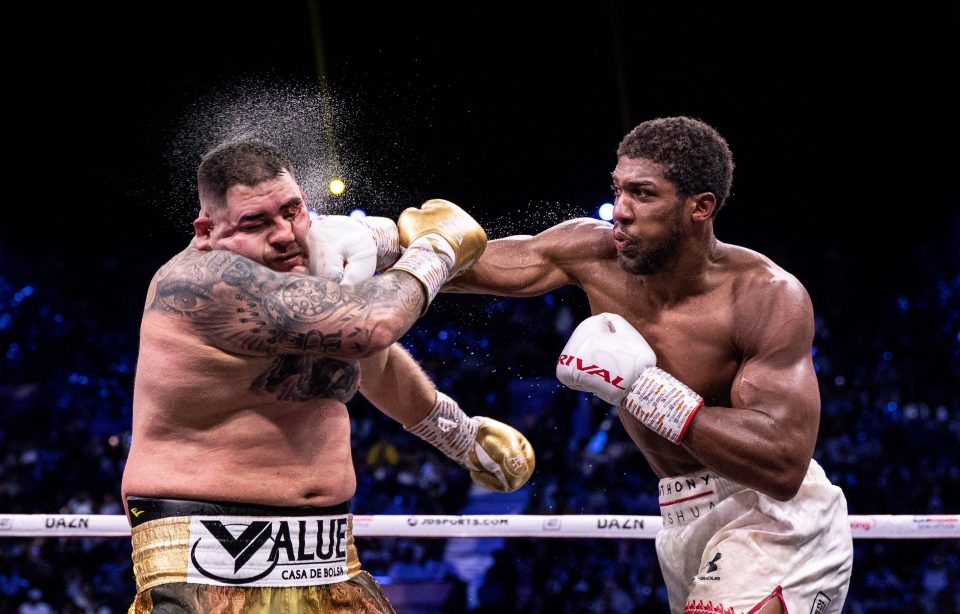 Anthony Joshua
IBF, IBO, WBA, WBO heavyweight champion, Anthony Joshua, has revealed his intention to fight Oleksandr Usyk in 2020.
Usyk, who unified the entire cruiserweight division in 2020, is the WBO’s mandatory challenger to Joshua.
At the same time, Kubrat Pulev is the IBF’s mandatory challenger to Joshua’s title.
At the moment, both sanctioning organisations have ordered Joshua to meet his obligation.
But he can’t face both boxers at once.
Pulev is currently the favourite to land Joshua in the coming months, with Usyk possibly to follow in the fall.
Joshua looks forward to the scenario of facing Usyk in the ring.
“A very credible opponent. When I’m trying to build my record, I want opponents like Usyk to say that I’ve defeated them. He uses his feet very well, and positions his hands well. You can’t hit him because his feet move so well. If you do manage to catch him, (the punches) are brushing off the gloves,” Joshua told Sky Sports.
“What I’d do, as I have done already, is study him – from his footwork, his hand positioning, to his openings. Then I’d go to  people who have faced him and find out information on how to defeat him.
“Usyk is a great cruiserweight, the undisputed cruiserweight champion, who has decided to move up to heavyweight to mix it with the big boys. He’s still exploring the division but he wants a piece of the big pie – he’s more than welcome to try to take this out of my hands.”
While Joshua is taking on Pulev, Usyk could very well face Derek Chisora. Usyk made his heavyweight debut last year with a stoppage time win over late replacement, Chazz Withwerspoon.
Both Usyk and Joshua were able to reach Olympic gold in their respective divisions in the 2012 games.
Top Stories