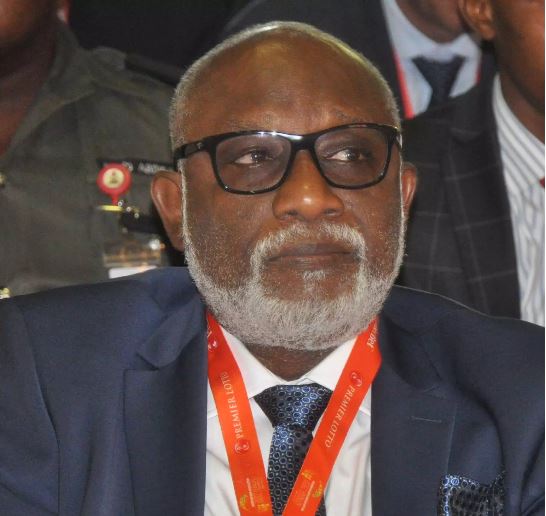 The Muslim Rights Concern (MURIC) has attacked the governor of Ondo State, Oluwarotimi Odunayo Akeredolu SAN over an alleged plot to eliminate Muslims in the state.

A peaceful demonstration by Muslims was also foiled by heavily armed policemen drafted to the town yesterday, Monday, 6th January, 2020.

It was learnt that properties belonging to the Ansar-Ud-Deen (AUD) Primary School in Oke-Agbe, Akoko in Ondo State was forcefully packed out of the school.

This was disclosed by the Muslim Rights Concern (MURIC) in a press statement sent to DAILY POST on Tuesday, 7th January, 2020.

MURIC described plans by Akeredolu to evict and take over the land of Ansar-Ud-Deen school as a plot to eliminate Islam and Islamic education from Ondo State.

The Islamic group accused Akeredolu of being intolerant to Muslims, therefore ascribing religious tolerance in Yorubaland as a myth and mirage.

The statement reads: “MURIC received an S.O.S. from the Muslim community of Oke-Agbe Akoko yesterday. The whole town was taken over by heavily armed policemen. Properties belonging to the Ansar-Ud-Deen (AUD) Primary School were forcefully packed out of the school. We strongly condemn this action. It is arbitrary, intolerant and provocative.

“A letter dated 16th December, 2019 was received by the school a few days ago. The letter with reference SUBEB/PRS/766 was addressed to the headmaster of the school. The letter under the heading ‘Re: Request For Transfer of Oke-Agbe Mega Primary School to Adekunle Ajasin University, Akungba, Akoko’ reads inter alia:

“This letter depicts Islamophobia and tyranny. It is a manifestation of totalitarian dictatorship. There are five primary schools within the town: St Georges, Catholic, Local Authority (L. A.), Christ Apostolic Church (C. A. C) Orimolade and Ansarud-Deen (A.U.D). Why didn’t the state government pick any of those four?

“Why must it be the only Islamic school in the vicinity that Akeredolu will take over? Afterall that land belongs to the Ansar-Ud-Deen. It is unfair to just seize it like that.

“It is a grand plan to uproot AUD Primary School, Oke-Agbo Akoko. This is a school founded since 1975. It is also an attempt to intimidate the Ondo State branch of the Ansar-Ud-Deen Society and an undisguised attempt to embarrass the organization at the national level. This is unacceptable. Akeredolu’s action runs counter to civilized norms and the principles of dialogue and religious tolerance.

“By the way, was the Ansar-Ud-Deen consulted? Akeredolu cannot pretend that he does not know about the Ansar-Ud-Deen and its educational activities in Yorubaland in particular and Nigeria as a whole. It is administrative ineptitude to have failed to consult the original owners of the school. It is true that the past administration of Olusegun Mimiko had rebuilt the school but that was done in the spirit of public service. At least eighteen other schools were also rebuilt at the same time and they all retained their original names. So what is the big deal? Islam is simply being victimized by the Akeredolu administration.

“Where is Donald Trump? Where are the leaders of the Christian Association of Nigeria (CAN)? These are people who always make false claims that it is Christians who are being persecuted in Nigeria. Here is another palpable and indubitable evidence of the persecution of Muslims by a Christian governor.

“It is noteworthy that the state government has no land ready for the Ansar-Ud-Deen school it is evicting. The government is leaving that issue to three distant and unfriendly communities to decide the fate of an Islamic school.

“These are the same communities who have been threatening Muslims in their domain? Akeredolu is deceiving us.

“This move is part of a grand plan to eliminate Islam and Islamic education from Ondo State. Otherwise why move pupils of a Muslim school to a Christian school? Can Akeredolu claim ignorance of the ideological differences? Can he assure us that those Muslim pupils will continue to enjoy their religious freedom? Will St. George allow those Muslim children to observe Salat within its premises? Will the headmaster of St. George school allow the female Muslim children to use hijab? How will the morning assembly be conducted: in Christian fashion or in Islamic pattern? Hasn’t the governor himself ignited bitter religious rivalry between Christian and Muslim children and even the teachers? Is this not another attempt to subject Muslim children to Christian domination and way of life?

“Already, there has been a potent threat against Islam and Muslims in Oke-Agbe Akoko for some time now. In fact, it was the intervention of the security agencies that foiled the planned attack on Muslims at the Id praying ground after the 2017 Ramadan.

“Muslims in the city have been living in fear since then. They complain of intimidation and harassment and this has led to the conversion of many of them to Christianity, including a biological son of the Imam.

“Here lies another concrete example of the persecution of Muslims in the South West. Those who claim that Yoruba Christians and Muslims enjoy cordial relations need to take a second look at the real situation in Yorubaland. The so called religious tolerance in Yorubaland exists only among members of the same family who belong to different faiths, tenants living in the same house who practice different faith and people working in the same establishment. No more, no less.

“Religious tolerance in Yorubaland exists only at micro level. It is a horse of another colour at the macro. A Muslim is welcome as a person among members of his family, in the house where he lives and in his workplace. But not his religion, not Islam. Non-Muslims in Yorubaland abhor Islam as an institution. We can authoritatively affirm that many Yoruba critics and writers refer to Muslim activists as agents of the caliphate and treat them like lepers. That is the bitter truth.

“There is no tolerance for the religion of Islam in Yorubaland. That is why it is only in Yorubaland that the use of hijab in schools is disallowed. That is why a socio-cultural organization like Afenifere arrogates to itself the role of protecting the interest of Christianity and opposing anything that dons the toga of Islam. That is why some governors demolish mosques at will (or threaten to demolish them).

“That is why Islamic schools like the Ansar-Ud-Deen school, Oke Agbo Akoko has been commandeered. Religious tolerance in Yorubaland is, therefore, a myth, peaceful coexistence is a mirage and the principle of live and let live is a phantom.

“Akeredolu has elected to uproot Islam in Akokoland by using a popular neo-imperialist gimmick called ‘elimination by substitution’.

” It is a wicked concoction from the bottom of hell. How can you take over a primary school building for a university faculty? How can you advance the cause of education by destroying its root? Can you climb a tree from the top? Must primary schools be dislocated just to locate the faculty of a university? What kind of logic is that? Who did this to Ondo State? What is Akeredolu doing in the state house if he cannot protect primary education? Akeredolu has abdicated his responsibility to the citizens of Ondo State.

“Leaders of the Ansar-Ud-Deen in Oke Agbo Akoko had assured the state government that they are not opposed to educational advancement but Akeredolu will not listen.

“They suggested that since their school compound is very big and since it has 21 classrooms, the state government should demarcate their compound. They said they were ready to concede as much as 15 classrooms to the university project while they continue to manage six (6) only. Yet Akeredolu turned deaf ears.

” It is curious that the state government has rejected this noble idea. It insists on ejecting the Ansar-Ud-Deen from the premises. This is mean, callous and belligerent. The buck stops on Akeredolu’s table.

“We assure Governor Akeredolu that Nigerians are watching, in particular, the Nigerian Muslim community is keenly watching Akeredolu’s overzealous and fanatical desire to inflict pain on Muslims in Ondo State. Akeredolu has killed tolerance. He should not preach the gospel of ‘being our brothers’ keepers’ to us no more. We reject the eviction of Ansar-Ud-Deen School from its original location. The government of Ondo State should look for another location for the faculty.

“Before we turn off the ignition key, we call on Nigerians to hold Governor Akeredolu responsible for anything that happens to the Muslims in Oke Agbo Akoko in particular and Ondo State in general.

“We urge the Commissioner of Police and the heads of other security agencies in the state to give adequate protection to all Muslims in Ondo State, both indigenes and non-indigenes, as we have no confidence in the interest of the state government to protect the lives and properties of anyone who is not a Christian in his state.”