A serving member of the National Youth Service Corps has committed suicide in Enugu state, leaving a note behind. 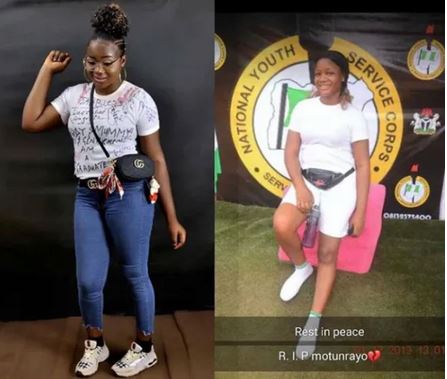 The corper killed herself

The Enugu State Police Command, says it has commenced investigations into the alleged suicide of a serving National Youth Service Corps (NYSC) member in the state.

“Police has already commenced investigations on circumstances surrounding her death which happened on Friday Jan. 10, ” he said.

NAN gathered that the deceased hailed from Ijumu Local Government Area of Kogi and was a graduate of Banking and Finance from Prince Abubakar Audu University.

She was said to have left a suicide note in which she allegedly wrote, “I did this because I see nothing worth living for in this world”.