A husband and wife who work as bus driver and conductor have opened up on their experience as business partners. 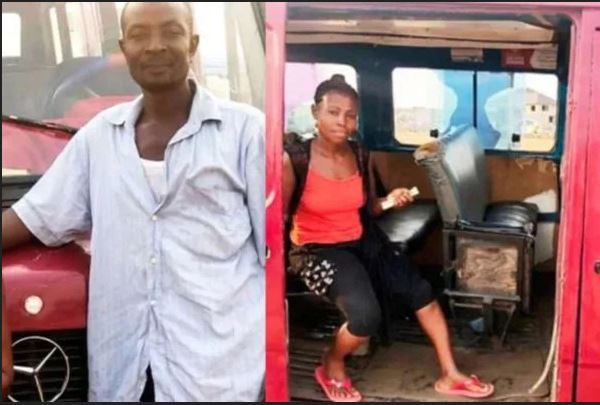 Edward Armah Ago and his wife, Evelyn Adjeley Adjei

Meet Mr. and Mrs. Armah, who team up to run a successful business, as they have worked as driver and conductor for 5 years in Ghana.

According to reports, 55-year-old Edward Armah Ago and his wife, Evelyn Adjeley Adjei, have worked as driver and conductor for five years despite being husband and wife. According to the couple, their work as driver and ‘mate’ has been based between La Tse Addo and Kwame Nkrumah Circle in the west African country.

The husband who explained that he and his wife have now caught the admiration of all and sundry, revealed that though he had acquired his drivers’ license 30 years ago, the business was not so good back then as it is now

According to him, he and his family have been faced with many challenging days as there were times it was difficult to adequately support his family. The married couple then decided to put a stop to driving and venture into the sale of a local gin; it’s commonly known as akpeteshi.

Their new venture gained grounds, such that the love-couple bought a Benz for Edward to begin driving as his own car. As the man was at it, he realized that all his assistants commonly called conductors were not being truthful to him. They usually kept part of the returns to themselves and never accounted for it. Something that never happened with Evelyn.

So, the married couple deliberated on the issue and came to the decision of working together as a couple. This has seen great success and the two of them testify that they have made great returns like never before. When asked how working on business has affected their relationship, Edward and Evelyn both admitted that their bond has grown stronger and their love deeper towards each other.