A Mexican man has undergone surgery after he took sexual stimulants used by farmers to invigorate bulls for insemination and suffered a three day erection. 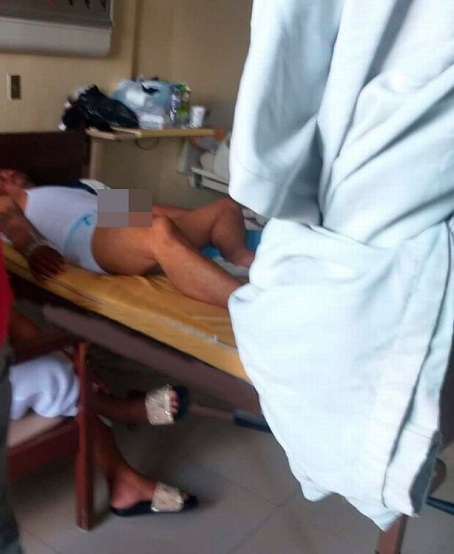 A man had to be rushed to hospital after taking a sexual stimulant "used for breeding bulls" that left him with 'three-day' erection.

The man in Mexico, whose name and age is unknown, is believed to have taken the stimulant as he excitedly planned to have sex with a 30-year-old woman.

However he ended up needing surgery to tackle the persistent engorgement at Specialist Hospital 270 which in Reynosa - a city on the US - Mexico border, La Republica reports.

Doctors told the newspaper: "He had taken a s3xual stimulant which he had bought in Veracruz, used by farmers in that region to invigorate bulls for insemination."

The man is claimed to have travelled to Veracruz, in east Mexico, to buy the stimulant.

He underwent surgery but there have been no updates on his condition.

Just last October, a dad from east London had an operation to remove part of his p3nis to stop his constant, painful erections that lasted three days.

James Mudd, 38, said his embarrassing problem began after a motorbike accident just before Christmas of 2015.

He had corrective surgery and screws put in his neck and also suffered post-traumatic stress disorder after the crash, so was given anti-depressants.