Recall that Russian President, Vladmir Putin had at the weekend warned of the possibility of a third world war. 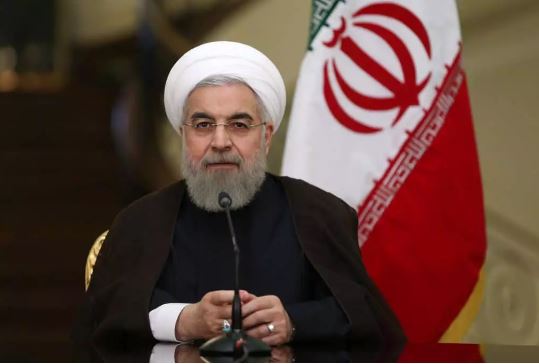 President Hassan Rouhani of Iran has told foreign powers to withdraw their forces from the Middle East without further delay.

Rouhani warned that they “may be in danger” if they remain in the region.

“Today, the American soldier is in danger, tomorrow the European soldier could be in danger,” the President said in televised remarks on Wednesday, according Al Jazeera

Rouhani, did not, however, elaborate.

This came a day after Britain, France and Germany warned Iran against breaking limits of a major nuclear deal signed in 2015 between Iran and six world powers.

The three countries had announced on Tuesday that they triggered the dispute mechanism provided for in the landmark nuclear agreement in order to force Tehran to honour its commitments under the accord.

Iran responded by warning the United Kingdom, France and Germany about “the consequences” of their decision to launch a dispute mechanism against it under the 2015 nuclear deal.

This is the first time Iran would threaten European countries amid heightened tensions with the US.

Recall that Russian President, Vladmir Putin had at the weekend warned of the possibility of a third world war.