DSS spokesman, Peter Afunaya, told a reporter that the aid workers were in good health and were being debriefed as appropriate. 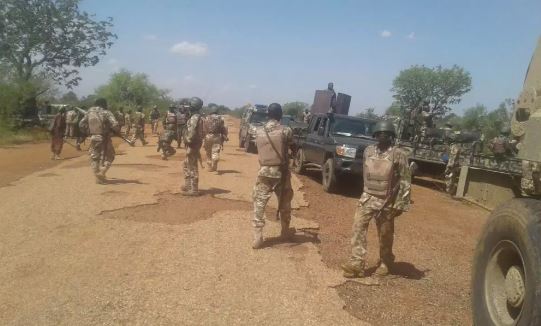 Operatives from the Department State Security Services (DSS) and other agencies have rescued five aid workers from the captivity of notorious terrorists in North-Eastern Nigeria.

The aid workers were abducted by the Islamic State West Africa Province, popularly known as ISWAP, on December 22, 2019 along Monguno-Maiduguri Road in Borno State.

DSS spokesman, Peter Afunaya, told PRNigeria that the aid workers were in good health and were being debriefed as appropriate.

In his reaction after the abduction, UN Secretary-General António Guterres expressed solidarity with the federal government and Nigerians.
DAILY POST had reported that Boko Haram just before Christmas, at Burimari village between Monguno and Gajiram, mounted a road block where they attacked their victims.

A similar attack occurred at the Babbangida-Gashua-Damaturu axis when suspected fighters of the Islamic State in West Africa Province (ISWAP) Sunday attempted to infiltrate Damaturu, Yobe.

In a statement issued by his spokesman, Mr Stéphane Dujarric, in New York, Guterres called for the arrest and prosecution of those responsible.

“The Secretary-General is deeply concerned about reports that civilians have been executed, and others abducted, by an armed group in northern Borno State, northeastern Nigeria.

“The Secretary-General recalls that attacks by a party to an armed conflict that target civilians, aid workers, and civilian infrastructure violate international humanitarian law.

“Those responsible for these atrocities must be held accountable.