A promising 17 year-old has died a painful death after he was dismembered and beheaded by a rival gang. 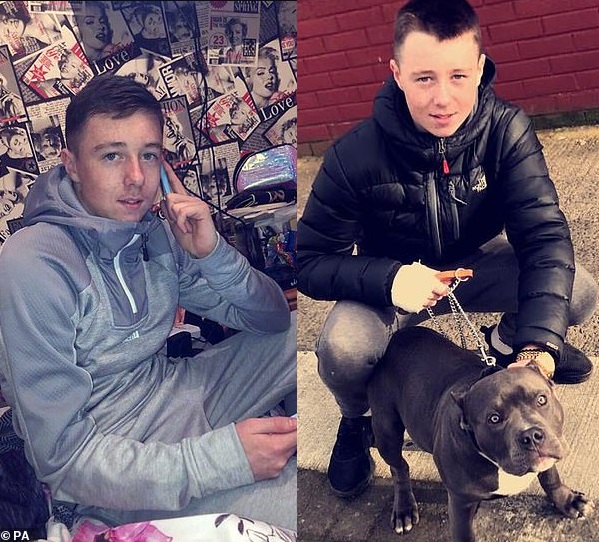 Keane Mulready-Woods
Photographs of a boy, 17, who went missing from his home on Sunday only for his dismembered body parts to be found dumped in two different locations have been released according to IrishTimes.
Keane Mulready-Woods went missing in Drogheda, Co Louth on Sunday, January 12 at around 6pm, when he was last seen by his family.
Parts of the 17-year-old's dismembered corpse were found by a group of teenagers in a housing estate in Coolock, Dublin on Monday evening.
Police release photograph of teenager, Keane Mulready-Woods, who was decapitated and dismembered in brutal Irish gangland murder
Dublin Fire Brigade were called to a burning car in Drumcondra, Dublin, on Wednesday at 1.30am. After dealing with the fire in Trinity Terrace, partial human remains were discovered.
Forensic Science Ireland confirmed that "partial human remains" discovered on Monday were those of Keane Mulready-Woods. Forensic tests are being carried out to determine whether the body found in the burning car belongs to the young victim.
Detectives in Dublin investigating the brutal murder described the crime as "a brutal and savage attack on a child and is completely unacceptable in any normal democratic society".
A Garda spokesman said: "Keane is a 17-year-old juvenile, he disappeared on Sunday, January 12 and parts of his remains have now been discovered.
"This is a brutal and savage attack on a child and is completely unacceptable in any normal democratic society.
"The level of violence is shocking and the investigation into the murder of Keane is being co-ordinated from Drogheda Garda Station.
"It is important to remember that Keane was a child, a young boy, trying to find his way in life, he has now lost his life and his family have lost their loved son and brother." 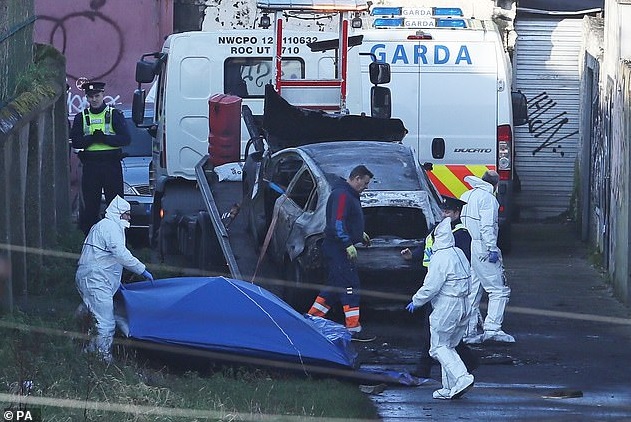 Police release photograph of teenager, Keane Mulready-Woods, who was decapitated and dismembered in brutal Irish gangland murde.
Garda Deputy Commissioner John Twomey said: "An Garda Siochana is determined to bring those behind this shocking crime to justice.
"In recent years An Garda Siochana has made significant progress in tackling organised crime through arrests leading to convictions and major seizures of guns, drugs and cash.
"This focus will continue. As always, the help and support of communities is vital to this."
The teenager's death is seen as a brutal Irish gangland murder.
Specialist search teams have sealed a house in Rathmullan Park, Drogheda which has been declared a crime scene and is being forensically examined.
Top Stories