A former BBNaija 2019 housemate, Khafi has escaped after getting involved in a car accident. 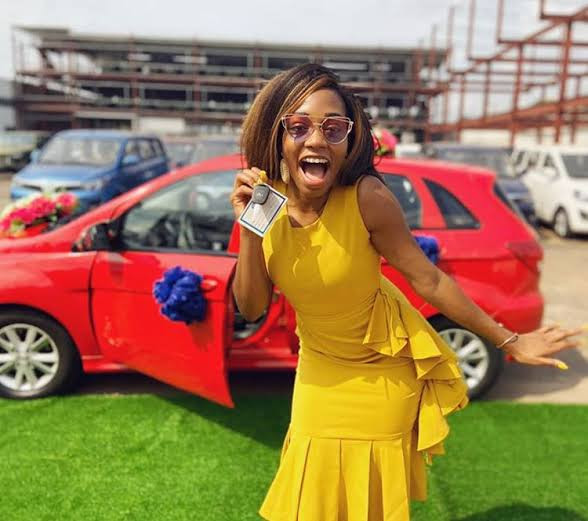 Khafi Kareem involved in an accident
2019 Big Brother Naija housemate, Khafi has escaped unhurt after getting involved in a motor accident.
The reality star revealed that the incident happened yesterday in Lagos.
Khafi who is grateful to God for being alive, said she was shaken by the incident.
According to her, it took three men to lift her car out after she drove into a gutter.
She further added that the dramatic incident was as a result of her trying to achieve her goal of learning how to drive.
Khafi said she will not give up after the incident.
She wrote: 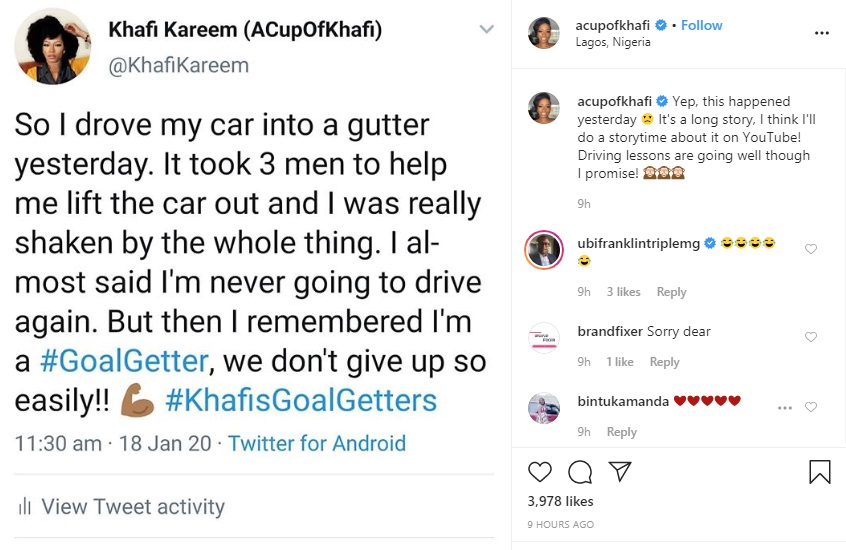