As many as five persons have been boiled to death after a pipe reportedly burst at a hostel. 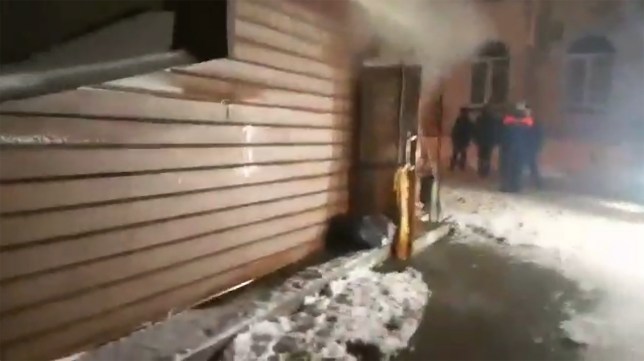 The people were staying in rooms with no windows in the cellar of a hostel (Picture: East2West News)

A child is among five people who have been killed when a hot water pipe burst while they were sleeping.

Three others were seriously injured by scalding water at a hostel in the Russian city of Perm.

Local reports suggested that residents at the hostel included relatives of patients receiving cancer treatment at a nearby hospital.

The rooms affected by the burst heating pipe were in the cellar of the building and little could be done to help those affected. 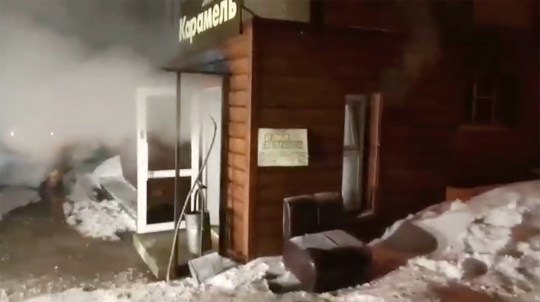 The incident happened at around 4am when many of the people inside were sleeping (Picture: East2west News)

The rooms did not have windows and there was only one exit.

Igor Goncharov, acting regional security minister, said: ‘It is known that the cellar was flooded. ‘Water was highly pressurised. All emergency services quickly arrived to the scene.

‘The water is being pumped out now. Five bodies have already been found, three more people were injured, all of them are the guests of the hostel.’

A witness said the incident happened at around 4am. They said: ‘Steam was pouring out. The water went up to the front door of the hostel – it was boiling water. I dread to imagine what was going on inside.’ 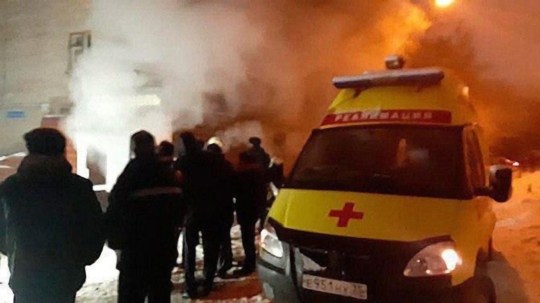 One victim Maria Uzhegova, 33, is in a grave condition. Two others named as Oleg Uzhegov, 35, and Eduard Mezentsev, 28, are also being treated at hospital.

Concerns have been raised previously at poor safety standards at hostels in Russia.