The brand Balenciaga which is now owned by the French multinational company, Kering has become adulterated by Nigerians. 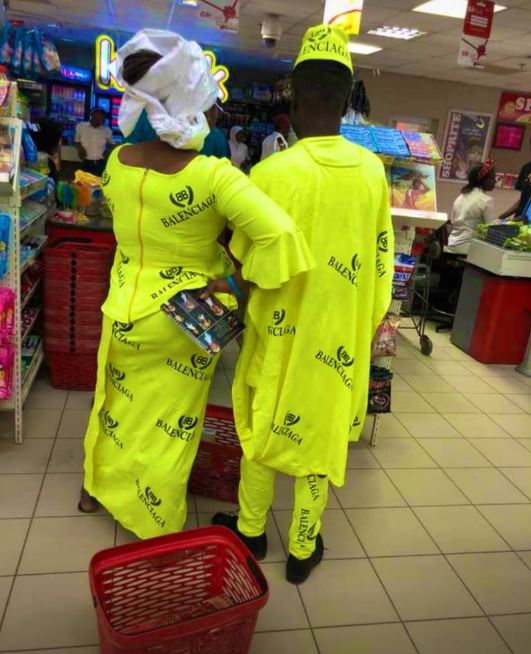 A Nigerian couple stormed Palms shopping mall, Ilorin with their Balenciaga native attire as it got people talking.

The top designer has been adulterated by some mushroom clothing companies and their products sold cheaply in recent times.

The couple broke the internet by making a native outfit out of a Balenciaga-crested outfit.

According to reports, the couple made the cloth for a publicity stunt and it worked in their favour.

With the viral nature of the picture and video of the couple, the Balenciaga brand might be forced to react. 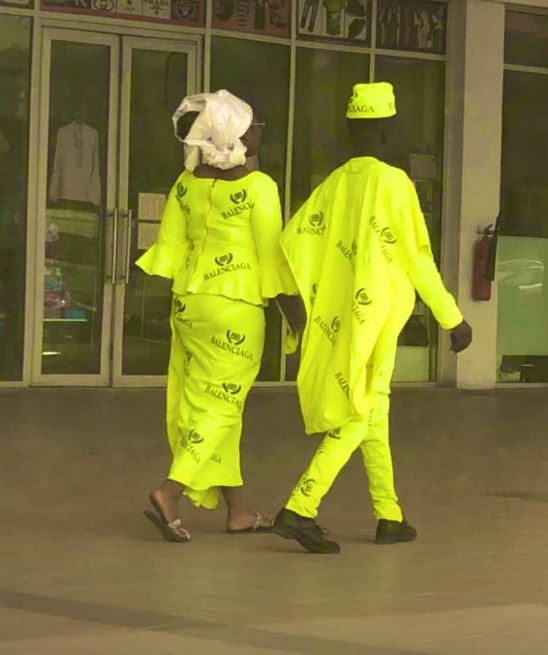 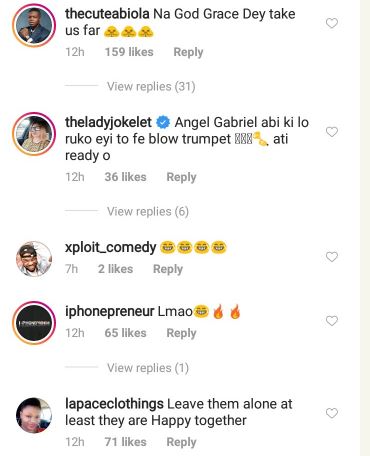