An operative of the EFCC accused of lying to court has begged for forgiveness over a mistake in Maina's case. 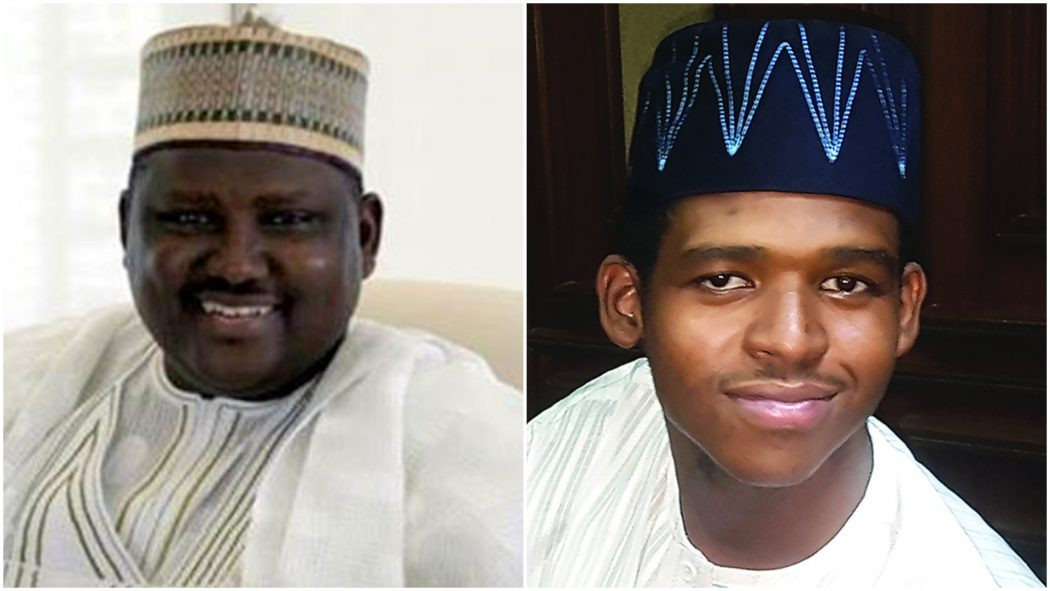 Abdulrasheed Maina and son, Faisal
The Economic and Financial Crimes Commission (EFCC) on Tuesday January 21, admitted it made a mistake in a bank account linked to Faisal, son of embattled former Chairman of the defunct Pension Reform Task Team (PRTT) Abdulrasheed Maina.
Its agent, Mohammed Goji while apologizing to the Federal High Court in Abuja said it was a mistake.
Mohammed Goji, an EFCC operative who was part of the team that investigated Maina's fraud case admitted that they did not conduct an in-depth investigation into the PRTT.
The EFCC operative said that they made a mistake in writing two different account numbers for one bank account in Exhibit B1 being used as evidence against Faisal when questioned by Maina's son's lawyer, Adeola Adedipe.
Adedipe asked Goji;
“You are an experienced investigator? You have been in service for a long time right, and when you are taking a statement of a suspect, you will inform them of the reason they are under investigation?”
Replying the question, Goji said;
“Yes I am an experienced investigator. I am doing my best My Lord. I have been an investigator for 14 years now. When recording statement of a suspect, we normally inform them of the reason they are under investigation.
“At the end of the recording of the statement, we will go through the statement and also allow the suspect to go through it after which we will sign.”
The EFCC operative also acknowledged that as contained in count one of the charge, it was on the basis of the anti-graft agency's investigation that the charge bordering on the operation of account: 1018636805 (Alhaji Faisal Abdullahi Farms 2) in the commercial bank was preferred against the defendant.
Adedipe then asked:
“Will you be surprised that there is no such account in the bank?”
Responding to the question, Goji said;
“I will be surprised if there is no such account with the name: Alhaji Faisa Abdullahi Farms 2 with the account number: 1018636805."
Goji however found that the account number in count one was not the same with the account number in exhibit B1 when he took a look at it.
Adedipe then asked him: “Do you agree with me that you lied to this honourable court?”
The EFCC Operative then apologized, saying;
“It is not my intention to lie to this honourable court. It was a mistake My Lord."
The case was subsequently adjourned till January 29 for the continuation of cross-examination by Justice Okon Abang
Top Stories

End Of The Road! 37 Yahoo Yahoo Boys Land In Custody As EFCC Goes On Rampage In Ekiti
Recent Stories