A Twitter user has shared tips on how to stay faithful as a married person. 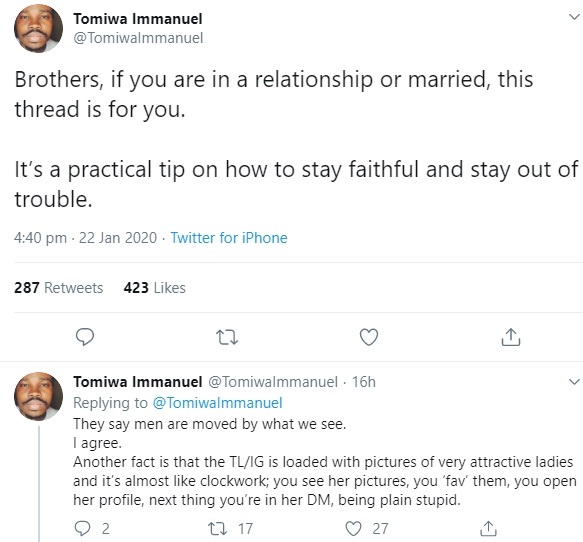 A married man has shared with men steps they can take to stay faithful in their marriage.

Twitter user, @TomiwaImmanuel said men are moved by what they see and there's a lot of temptation online, with women barely clad and looking irresistible. He said this makes it harder for men to avoid cheating.

To combat this, he advised men to create a folder on their mobile device with their wives' sexiest photos. He added that each time they are tempted by another woman's photo online and want to reach out to her, they should go and look through the folder of their wives' saved photos and admire the women they are married to instead.

He said that for this method to work, men have to marry a woman who is their "spec". He added that men should also invest in their wife to make her look her best and more attractive.

Read his tweets below. 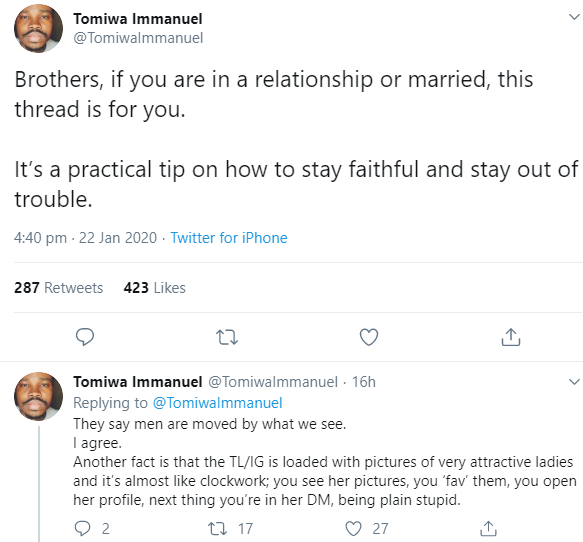 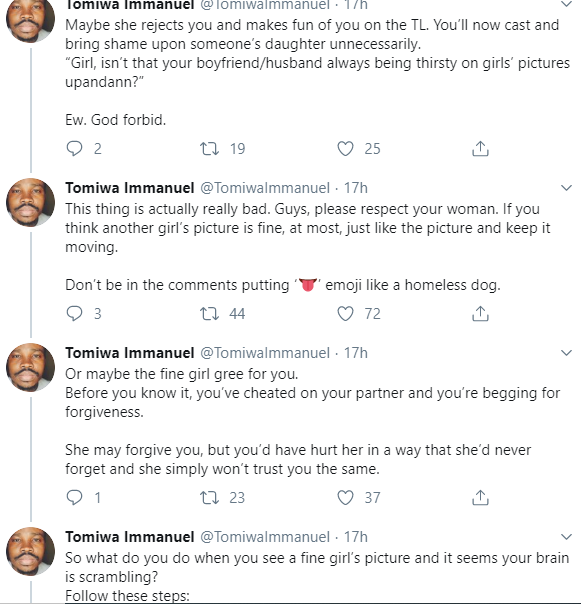 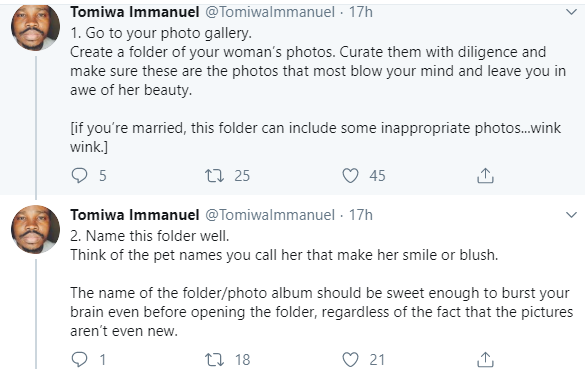 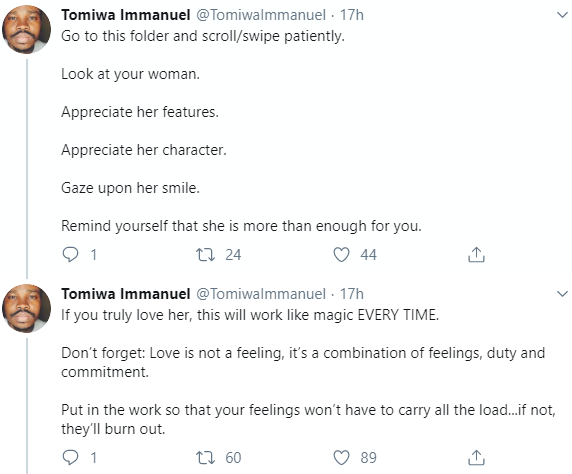 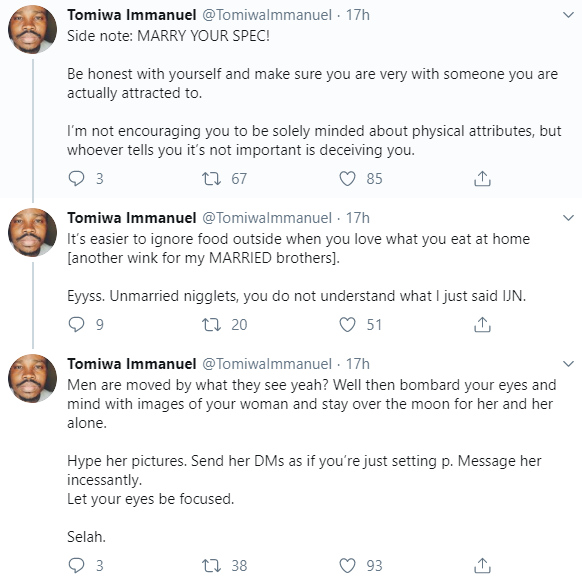