Oluwo Of Iwo Denies Punching Agbowu Of Ogbaagba, Claims He Is Only Fighting Corruption In A Traditional Way
Recent Stories


A Nigerian man has taken matters into his own hands after attacking EKEDC officials with cutlass. 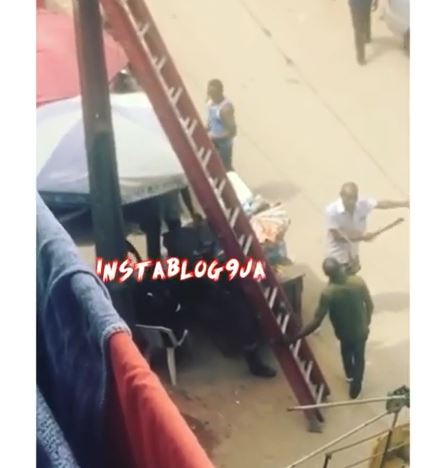 Ekedc officials attacked by a machete wielding man
A man has tackled officials of the Eko Electricity Distribution Company after they tried to cut off his light in EbuteMeta, Lagos, despite not owing.
The unknown man resisted the officials from cutting off his light by wielding a cutlass as he insisted that he doesn't owe them.The officials after much persuation were forced to leave the scene.
Watch video below:

Incredible! 30-Year-Old Mother Of 12 Gives Birth To Quadruplets At Home In Kaduna (Photo)