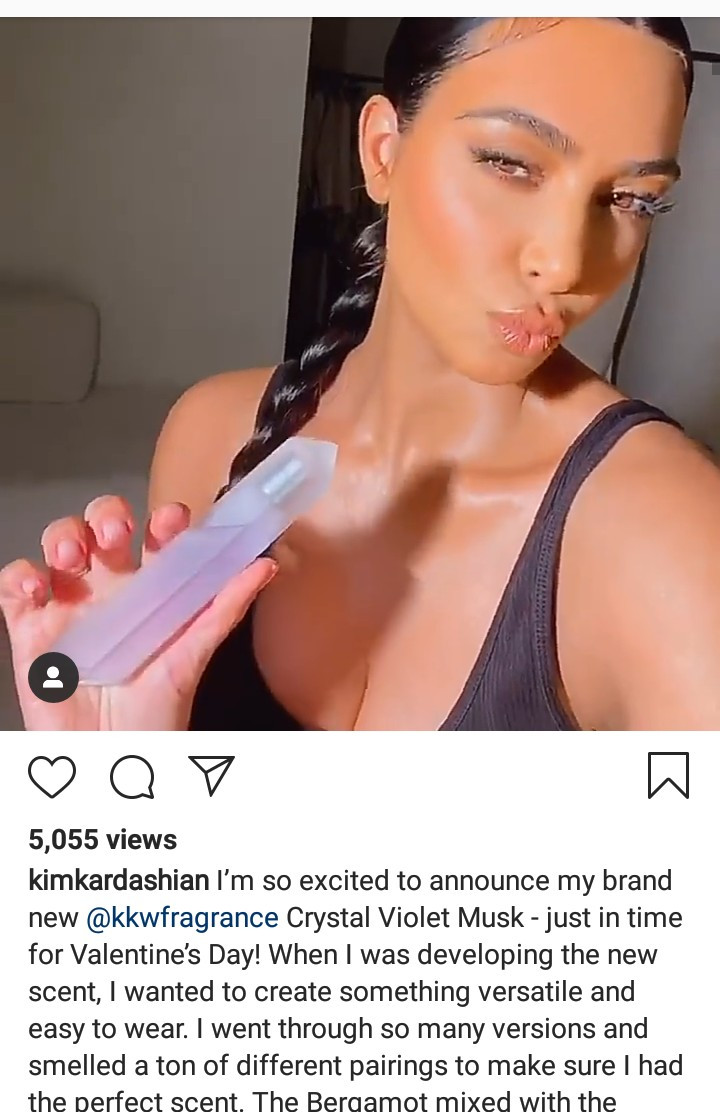 Kim Kardashian has been accused of being insensitive after she took to Instagram to share a video of herself promoting her latest fragrance while the world is mourning Kobe Bryant's death.

The reality star shared a post earlier today to mourn Kobe, his daughter Gigi, and the others who died in the helicopter crash yesterday.

She said she was heartbroken by the incident. But hours later, she was on Instagram promoting her new fragrance.

Fans reacted to the video by slamming her for being insensitive. Others told her it wasn't the right time and she's obviously not heartbroken as she claimed.

See some comments below. 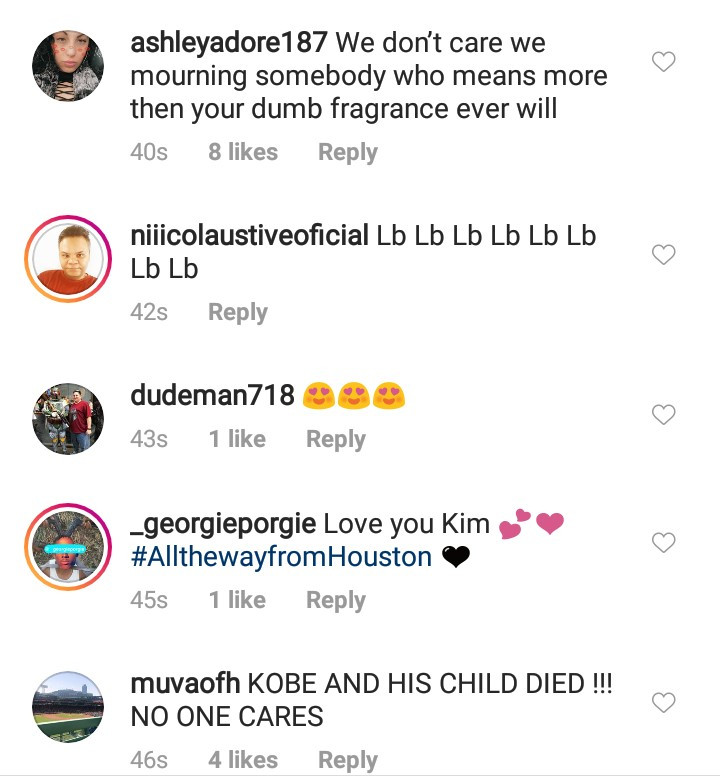 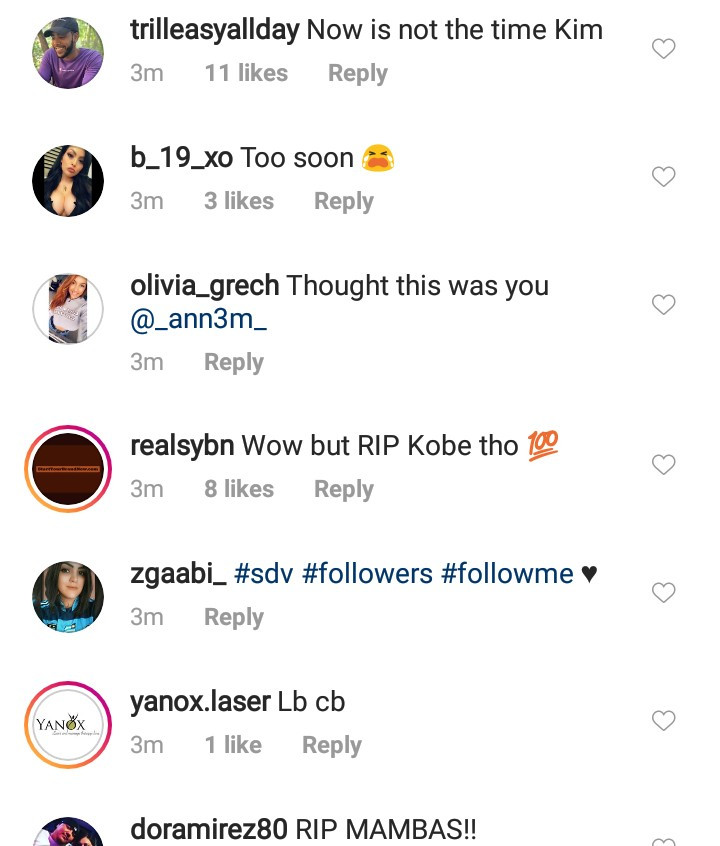