People have been urged to stop taking their marital issues to pastors because they are also passing through alot. 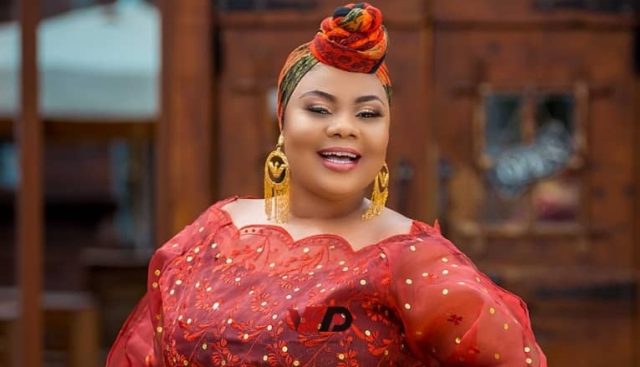 Popular Ghanaian gospel singer, Empress Gifty Adorye
Popular Ghanaian gospel singer, Empress Gifty Adorye has told married women to stop taking their marital issues to pastors for solution because most pastors also have problems in their marriages and are not happy.
The Award-winning singer, who went through a divorce, sat for an interview with Kofi TV.
During the interview, she revealed that her divorce taught her many valuable lessons, one of which is to never take marital issues to any man of God.
In her words:
“I tell you, even they, their marriages are on fire, so they use your problems to console themselves. Most of them have problems, most of them have divorced their wives secretly that many people don’t know. A lot of them have problems but because of the fame they have it’s so hard for them to come public. Most of them have problems, what they put out in church with their wives are all an act, pretense, they pretend a lot.”
Empress Gifty said women who are going through problems in their marriage, should take time to do a bit of introspection, because this can help them identify what they themselves did to negatively affect their marriage.
She went on to ask women to talk to God and their mothers if they have marital issues, rather than go to pastors.
Top Stories