Officials told a reporter they have identified at least N5 billion in revenue losses against the government since the investigation began. 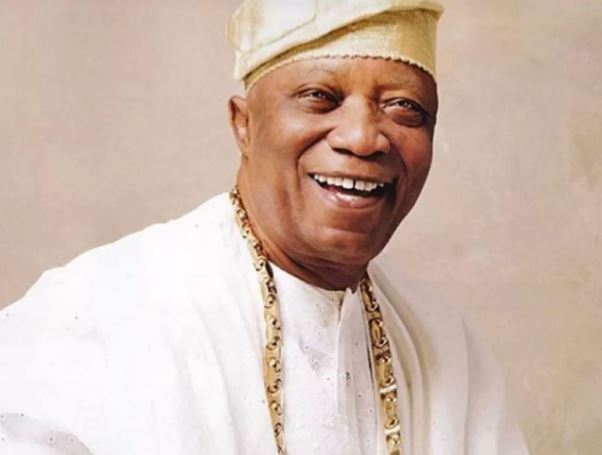 Kessington Adebutu, Nigeria’s gambling mogul whose business empire has enjoyed decades of patronage as a household name across the country, has become a new target of a vast corruption investigation by the Economic and Financial Crimes Commission (EFCC), PREMIUM TIMES can report.

As part of the investigation on Tuesday, anti-graft detectives at the EFCC office in Lagos detained and questioned Segun Adebutu, son of the octogenarian, questioning him on matters ranging from alleged tax fraud to economic sabotage, sources familiar with the development told PREMIUM TIMES.

Officials told PREMIUM TIMES they have identified at least N5 billion in revenue losses against the government since the investigation began — directly blaming the management of Premier Lotto for allegedly shortchanging Nigerians.

Mr Adebutu did not return PREMIUM TIMES’ request for comments about the arrest and ongoing investigation into his company. Officials at Premier Lotto office in Abuja declined comments.

Tony Orilade, chief spokesperson for the EFCC, did not immediately return a request seeking comments about the arrest and ongoing investigation into Premier Lotto and other lottery operators.

The multiple allegations of tax fraud and economic sabotage levelled against Mr Adebutu marked a remarkable tumble for one of the Nigerian bookies most powerful and admired personality.

Far known as ‘Baba Ijebu’, Mr Adebutu has been widely hailed as pioneering inclusive gambling in Nigeria and shooting it into the mainstream. Although it was only in 2001 that he registered Premier Lotto, the betting franchise that accounts for the largest share of his wealth, Mr Adebutu’s reputation as a driving force of Nigerian gambling trade has spanned decades before its commercialisation.

Segun Adebutu is only one of at least four children who are management officials at Premier Lotto, PREMIUM TIMES learnt. Some of them are also top executives of the regulatory federal lottery board.

But the raging allegations against Premier Lotto, by far the largest betting conglomerate in Nigeria, could deal a setback to the industry’s hopes for competing with banking in the financial services sub-sector, according to officials familiar with the investigation.

PREMIUM TIMES learnt that several other betting companies are currently being investigated as part of the sprawling inquiry into how betting funds were being handled across the country, with the bookies being dogged by multiple allegations of sharp practices, including claims they had been withholding funds meant for winning customers in order to maximise the bank interest on such funds.

“The lottery business is now more lucrative than oil,” a source familiar with the investigation told PREMIUM TIMES. “What we have found out will shock Nigerians by the time our investigation has been concluded.”

No charges have been filed because more betting companies are still being investigated for similar allegations, although on a scale lower than Premier Lotto’s, an official said.

Multiple officials at the lottery commission have been notified of the raging investigation, with concerned companies already asked to submit their financial records to anti-graft detectives in Lagos and Abuja, according to documents seen by PREMIUM TIMES.

A lottery commission official confirmed the investigation to PREMIUM TIMES on Tuesday, but accused Mr Kashamu of triggering it because he wanted to dominate a section of the betting business in Nigeria.

“What we learnt is that Buruji Kashamu said he has sole rights to ‘Ghana Games’ in Nigeria,” an official said under anonymity because the lottery commission was still considering a unified response to the EFCC investigation. “But he should not burn down the entire industry to implement his business interests.”

The official said an association of betting companies would soon meet to form a coordinated response to the EFCC investigation that was triggered by Mr Kashamu’s alleged “anti-industry practices.”

Mr Kashamu, who is wanted for an unrelated drug offense in the U.S. for which he has denied culpability, told PREMIUM TIMES he petitioned the EFCC about corruption in the betting industry, but deemphasised allegations of being a disgruntled player in the business, saying he had taken the matter to court and was now only concerned about the interest of Nigerians.

“All the taxpayers’ billions they diverted should have been paid into the lottery commission trust fund to build infrastructure and alleviate poverty amongst the Nigerian masses,” the politician said. “I urge Nigerians to continue to pressure the EFCC to investigate and charge all those responsible for sabotaging the country’s economy without any pity for the masses.”