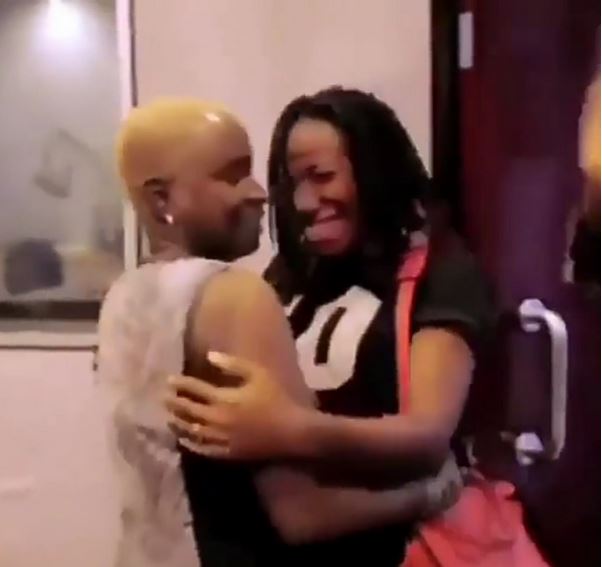 Grammy winner Angelique Kidjo is currently in Lagos, Nigeria, and she visited Smooth FM this morning for an interview.

While saying hello to the staff at the studio, Angelique spoke fluent Yoruba.

Nigerian singer Asa also visited the studio and both women were happy to see each other.

Angelique is seen drawing Asa in for a long hug before complimenting her footwear. They also spoke Yoruba to each other.

She added that her father was "too afraid" of her mum to bring her here because he feared if she comes here, she won't want to go back to resume school.