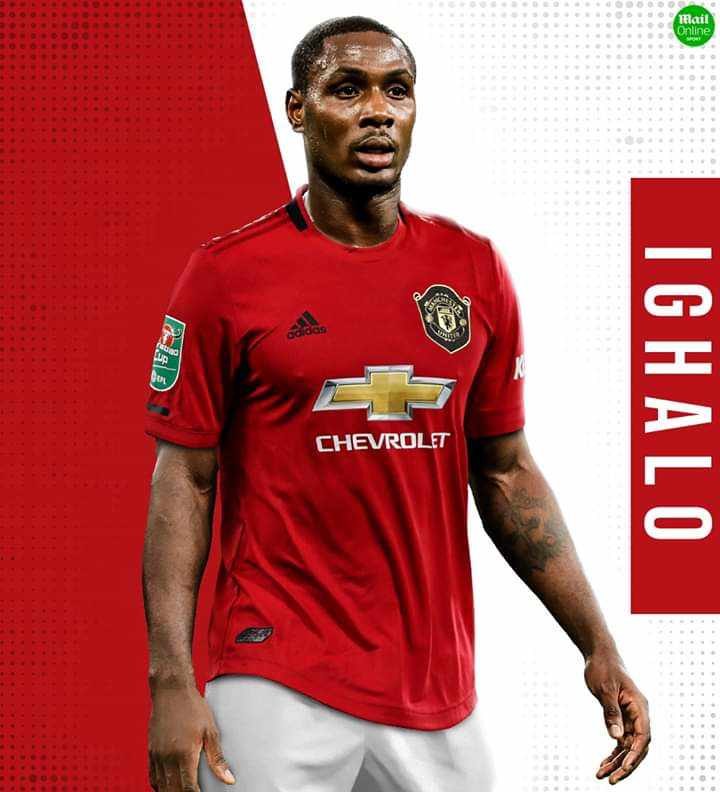 Odion Ighalo
Manchester United new striker, Odion Ighalo has been handed a shirt number to wear for the duration of his stay at the club following his short-term arrival from Shanghai Shenhua until the end of the season.
Ighalo will now wear shirt number 25, which was last worn at United by former club captain Antonio Valencia, who vacated the jersey when he was released at the end of last season after 10 years of service.
Ighalo has worn number nine for Chinese Super League clubs Changchun Yatai and Shanghai Shenhua since leaving Premier League club Watford in 2017.
He previously wore 24 for the Hornets and has even used the 25 shirts in the past during one season of his stint at Granada.
The Ighalo deal was concluded late on transfer deadline day and will give United a boost upfront while Marcus Rashford is recovering from injury. The club is expected to pay him £100,000 weekly wages while he is in Manchester.
The 30-year-old Nigerian, who grew up watching United, has been a prolific goalscorer in China, scoring 46 league goals in three seasons to date – including 21 in 2018 alone.
At Watford, he scored 20 goals in the Championship in 2014/15 en-route to the promotion, followed by 16 in his debut year in the Premier League. He never found the net against United, although he did register an assist in a 2-1 Watford defeat at Vicarage Road in November 2015.
“It’s a dream come true because since I was a kid I followed and dreamt of Manchester United. But it is a reality now. I cannot say much more now until I get started,” Ighalo said of the move.
See tweet below: