Three Turks have been confirmed dead and several others injured after a Turkish plane skidding off the runway and falling close to a bank due to bad weather. 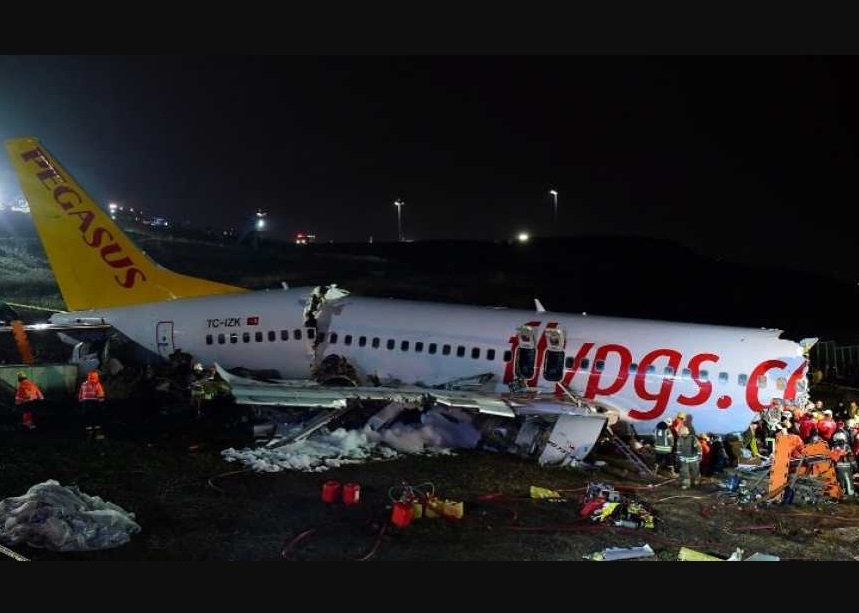 Three people have been confirmed dead with many injured after a Turkish plane skidded off the runway after landing, and crashed on Wednesday, February, 5.

The Boeing 737 operated by Turkish Pegasus Airlines had flown into Istanbul's Sabiha Gokcen airport from the Aegean port city of Izmir on Wednesday.

According to NTV, the front of the plane including the cockpit was sliced off from the bulk of the fuselage, and another huge fissure separated the rear of the aircraft including the tail.

Istanbul governor Ali Yerlikaya said the plane "slid some 60 metres (200 feet)" after skidding off the runway, and then "fell about 30-40 metres" down a bank. He added that the accident, which he attributed to bad weather, "could have had more serious consequences", he said.

Footage from the scene showed the split plane next to the runway as dozens of emergency response personnel were bringing out passengers out of the plane.

The Istanbul public prosecutor has launched an investigation into the incident. 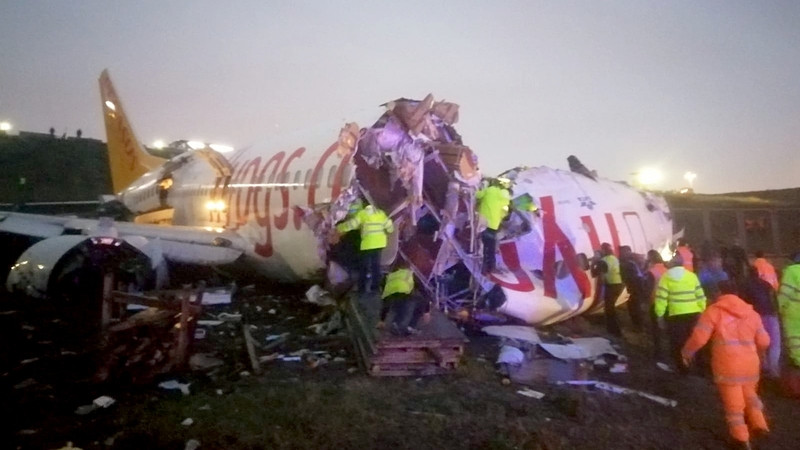 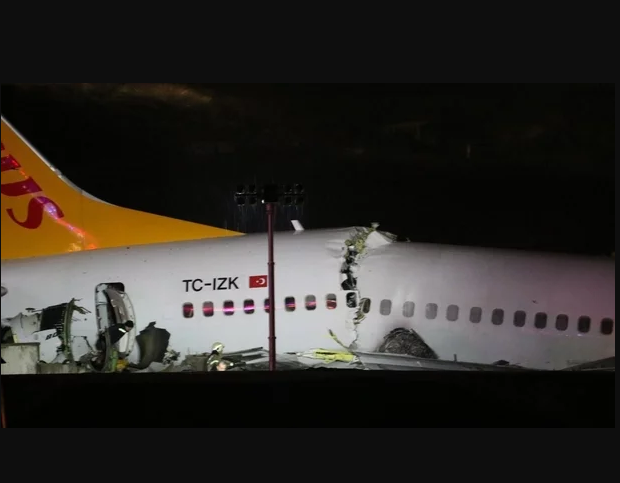