Vanessa Bryant, mother of Gianna Maria-Onore Bryant who died in the fatal helicopter crash that happened weeks ago has paid tribute to her late daughter. 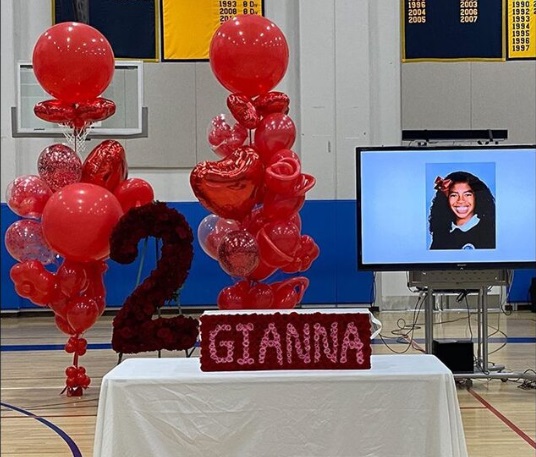 Gianna's jersey has been retired
Vanessa Bryant, wife of late legendary basketballer, Kobe Bryant and mother of late Gianna Maria-Onore Bryant has taken to her social media page to share heartbreaking posts as her daughter's jersey was retired by her private school.
Gigi was following in her father's footsteps as a basketball player before their tragic death in a helicopter crash.
Following her death, her school, Harbor Day School held a retirement ceremony at the school's gym to retire her No. 2 jersey.
On Instagram, grieving wife and mother, Vanessa Bryant shared photos and a series of videos from the ceremony held at the teenage basketball star’s middle school.
The photos taken in the school’s gym show a portrait of Gigi next to a table with red and pink flowers arranged to spell out “Gianna.” The display also included a red floral arrangement of the number 2, for the one Gianna wore on her basketball jersey at the Mamba Sports Academy. 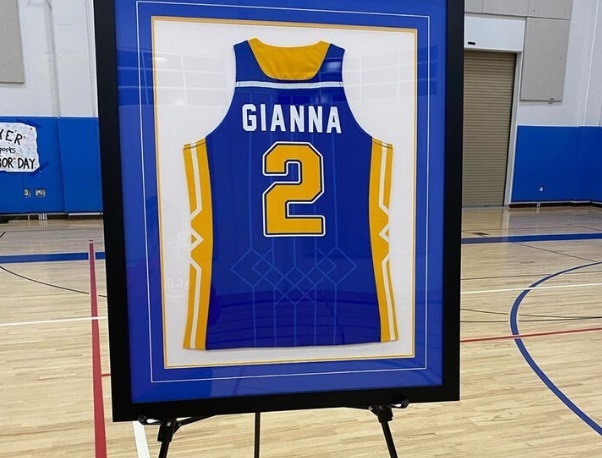 She captioned her post: "My Gianna. God I miss you. I’ve been so lucky to have woken up to see your gorgeous face and amazing smile for 13 years. Wish it would’ve been until my last breath."
Vanessa also shared videos showing some of Gianna’s classmates singing a song in the teen’s honor. Teachers also shared memories of the 8th grader during the ceremony.
Her basketball coach said as he stood beside Gigi's teary-eyed teammates: "Gianna was a warrior who gave 110 percent every time she stepped on the floor.
"In my 20 years of coaching basketball, Gigi was one of the fiercest competitors that I’ve ever seen." 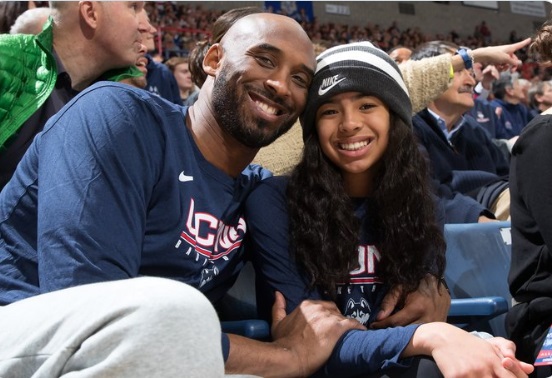 Late Kobe and daughter, Gianna
Watch the videos below.

My Gigi. I love you! I miss you. You’ve taught us all that no act of kindness is ever too small. Mommy is still and will ALWAYS be so proud of you mamacita. ❤️#2 🏀