A new report released by the World Bank has slammed Nigeria after revealing the poverty rate in the country. 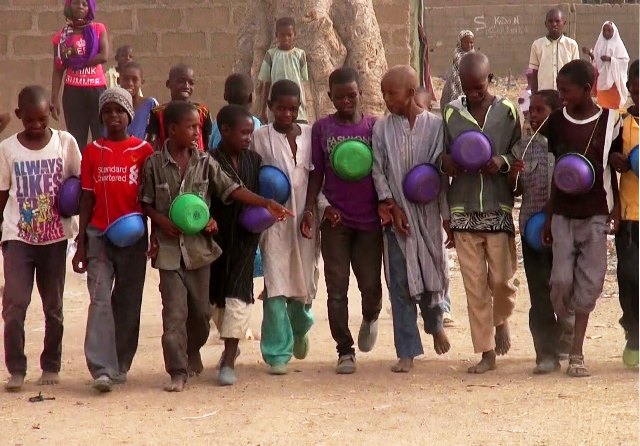 “Poverty rates in the southern zones were around 12 per cent with little variation across zones. The South-South zone saw the most significant drop in poverty from 2011-2016.
“Poverty was significantly higher in rural areas of the country in 2016. An estimated 64 per cent of all poor lived in rural areas and 52 per cent of the rural population lived below the poverty line in 2016. In contrast, the poverty rate in urban areas remained stable at 16 per cent between 2011 and 2016.”
Painting the picture of a relatively prosperous South and an impoverished North, the report stated, “Regionally, the North lags far behind the South in every human capital outcome. People in the Northern regions are also more vulnerable to falling into poverty.
The report established a link between poverty in the North and the Boko Haram insurgency.  According to the World Bank, most of the youth recruited by Boko Haram are jobless, a development which made them more prone to radicalisation.
It noted that the activities of the Boko Haram insurgents in the North-East since 2014 had created a sense of ‘failed political promise’.
It added, “Disasters and conflict have displaced many Nigerians, especially in the North-East.  According to estimates provided by the International Displacement Monitoring Centre, there were more than two million internally displaced persons in Nigeria as of 31 December 2018.
“In 2018 alone, more than 600,000 Nigerians were displaced due to natural disasters and more than 540,000 were displaced due to conflict and violence.
“In the North-East, the emergence of the militant Islamist group Boko Haram since 2014 has not only caused large scaled displacement, but also several incidences of kidnapping, death, and injuries, and the erosion of social contract due to widespread perception of a failed political promise. Poverty and deprivation have played a central role in fostering a social divide.
“The youth used by Boko Haram to partake in the conflict are jobless, without skills, or trades, and are easily susceptible to radicalisation,” the report said.
The World Bank added that besides conflict, climate related factors had caused additional displacement in the North and the Middle Belt regions of the country.
In 2018, flooding affected 80 per cent of the country and triggered more than 600,000 new displacements.
The report said, “Social protection measures in the country are neither well-suited to respond to conflict, nor well-placed to anticipate and mitigate the risks of natural disasters caused by climate change.”
Weak governance, lack of basic infrastructure, poor quality of education, and poor social service delivery, were identified as some of the reasons for the high level of poverty in Nigeria.
According to the report, “Poverty remains high in Nigeria due to its dire social service delivery outcomes and lack of basic infrastructure.
“Nigeria has the highest number of out-of-school children of primary school age in the world with nine million children out of school.
“There has been little change in vaccination rates over the last 25 years and Nigeria is set to overtake India as the country with most under-five deaths in the world.”
The First Lady, Aisha Buhari, recently raised the alarm over the large number of out-of-school children in the North.
The World Bank added that 71 million Nigerians lack access to improved water, while 130 million people do not meet the Millennium Development Goal standards for sanitation.
However, the situation is worse in the North-East and North-West, where only around 25 to 28 per cent of households have access to basic services such as electricity, water, and sanitation.
The World Bank further observed that number of Nigerians living in extreme poverty went up from 2011 to 2016.
The poor in Nigeria lag far behind the rich in every human capital outcome, according to the World Bank Human Capital Index, where Nigeria ranked among the worst seven performers.
It noted that the rate of poverty in Nigeria increased from 35.0 to 38.8 per cent of the total population from 2011 to 2016.
In the same vein, the report pointed out that, despite Nigeria’s middle-income status, almost four out of 10 citizens lived below the national poverty line in 2016.
Between 2011 and 2016, the total number of people living in poverty increased from 57 million to 74 million, the World Bank added.
Commenting on the report, prominent northerners, including ex-Vice-President Atiku Abubakar; Alhaji Balarabe Musa and Junaid Mohammed, called for emphasis on education and a change in some cultural practices.
Top Stories