A top-ranking officer of the Nigerian army has been arrested after escaping from detention. 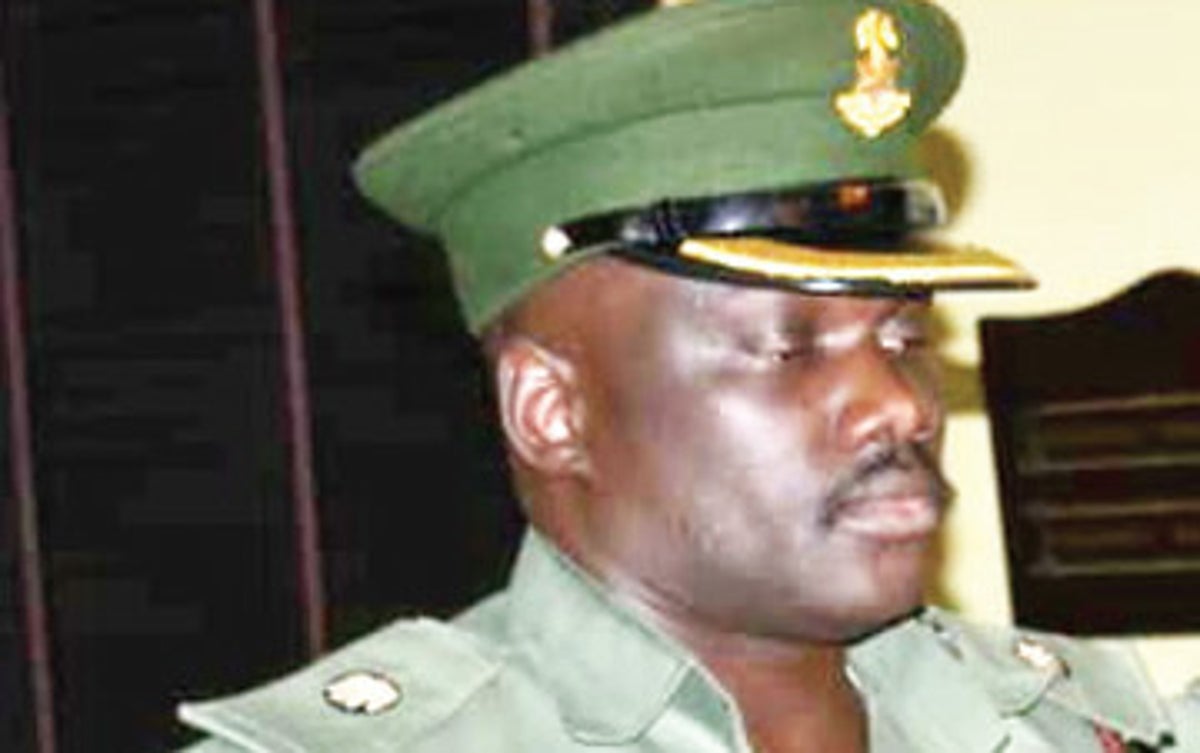 Major Akeem Oseni
Two officers of the Nigerian army have been detained alongside four soldiers as investigations continued into how a convicted officer, Major Akeem Oseni, escaped from a General Court Martial in Abuja before he was arrested at an airport in Cotonou, Benin Republic.
On Tuesday, it was gathered that the army authorities were embarrassed by the security breach at the GCM in Command Officers’ Mess, Asokoro, and the board of inquiry set up to investigate Oseni’s escape recommended that the six personnel be detained pending the outcome of the probe.
Recall that the runaway Oseni, who was one of the three army personnel jailed last Friday over the death of a Lance Corporal, Benjamin Collins, was arrested on Monday at the Cotonou International Airport.
Oseni, who had told court officials that he was going to use the toilet before he escaped, was arrested around 2pm West African time in Benin Republic.
The General Court Martial in Abuja had sentenced Majors Oseni, Ogbemudia Osawe and Second Lieutenant Nuhu Dogary to 10 years in prison for torturing Collins to death.
The officers had moved Collins from a guardroom at Mogadishu Barracks, Abuja, where he was being held, to a bush near Ihejirika Quarters along Abuja-Nyanya Expressway, where he was said to have been tortured.
Collins died after the incident and his corpse was deposited at the Asokoro General Hospital mortuary.
An authoritative source confirmed to our correspondent on Tuesday that six personnel had been detained over Oseni’s escape.
He said, “It does not matter that he has been re-arrested. The board of inquiry is still sitting and has to find out what transpired after the GCM on Friday.
“Those personnel in custody in connection with Oseni’s escape are Lieutenant Dogo, Captain Chime, the military court escort, the court guard and two other soldiers.”
Top Stories