Coronavirus: Why The Number Of Cases Will Keep Rising In Nigeria
Recent Stories

Occultism: 'I Slept With Virgins For Money Ritual, Had Meetings With Snakes' - Ex-Super Eagles Player Confesses


An ex-super Eagles goalkeeper has opened up on how he slept with virgins while trying to make it in life. 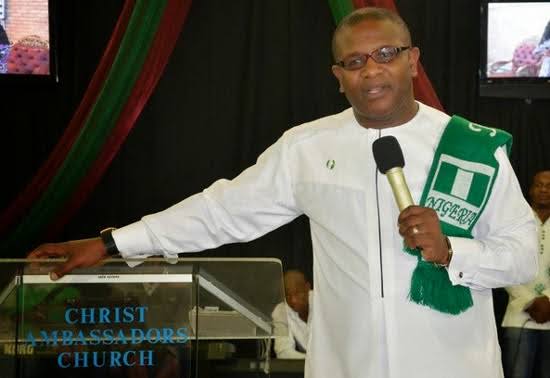 Idah Peterside
Former Super Eagles goalkeeper, Idah Peterside has narrated how the desire to make money and fame led him into the horrible world of occultism.
The former Super Eagles’ player turned pastor, Idah Peterside, made the confessions on Ifeanyi Udeze’s diary via Brila FM, on Tuesday morning, according to a report by DailySun.
Peterside told Udeze that he had an unquenchable hunger for money and fame, which led him into the horrible world of occultism.
“It was so bad for me that I even went into demonic worship; I was involved in occultism and people didn’t know,” he said.
“I did all that because I wanted money and fame which were not coming. My case was so bad that I used to have meetings with snakes. Mine was top class; it was crazy.”
The pastor also revealed that his major activity was to ‘initiate’ women by sleeping with them, especially virgins.
“What actually took me to the next level in occultism was dependent on the number of women I slept with because my covenant was to initiate women.
“I didn’t sleep with them for love or any relationship; my mission was just to initiate them and move on,” he explained.
Top Stories