One of the post graduate hostels at the Delta State University has reportedly gone up in flames, startling many. 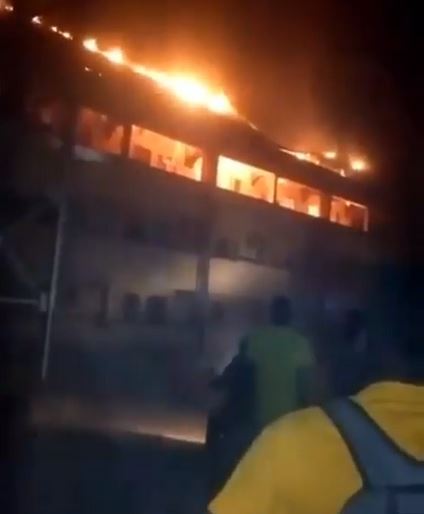 The scene of the fire outbreak

It has been reported that a post graduate hostel at the Delta State University in Abraka has caught fire.

The heartbreaking development was confirmed by multiple witnesses on social media.

Though what caused the fire is still unknown at the time of filing of this report, efforts to put out the fire have intensified.