More details have emerged about Laetitia Dagan who was brutally murdered at her residence in Abuja. 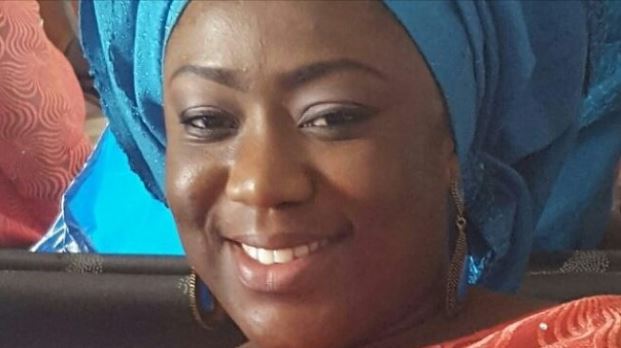 Late Laetitia Dagan
The last photo taken by an Assistant Director attached to the State House, Abuja, Laetitia Dagan, before she was killed in her apartment in Galadimawa, Abuja, shortly after she returned from work on Monday has been released.
It was gathered that the 47-year-old Plateau State indigene was said to have left her office at the Presidential Villa, Abuja, around 8pm while the incident happened around 11pm.
She was said to be a participant in an ongoing training for civil servants holding at the Manhattan Event Centre, Uke, Nasarawa State.
“The assailants were so cruel. They tied her and set her with her mattress on fire.
“She was just promoted to the position of assistant director last year. She was always full of smile,” one of her colleagues said according to Punch. 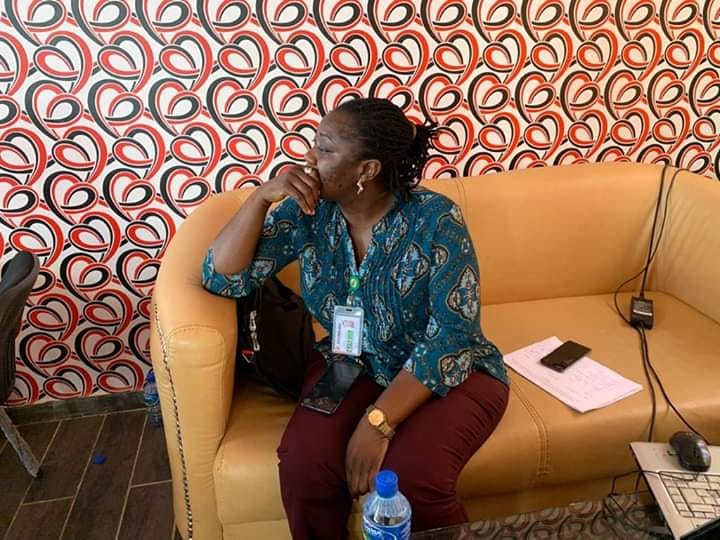 Dagan's last photo before her death
A Facebook friend, Comfort Sajoh Gaiya yesterday shared Dagan's last photo before her sad death.
Gaiya wrote:
"This photo was taken yesterday at about 4pm at Manhattan Event centre, Uke, Nasarawa state. She was full of life, as you can see. She was Dagan Laetitia Naankang, Assistant Director (TSW) State House. She was murdered by unknown gun men in her resident last night.😢😢😢😢😭😭😭😭." 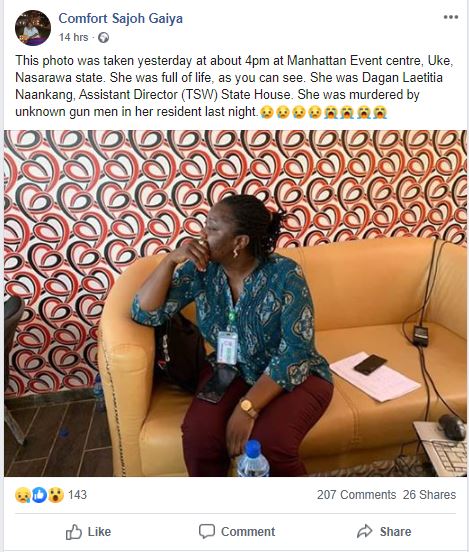