The staff of a well-known Abuja luxury hotel have been caught on camera kneeling to welcome the Ooni of Ife. 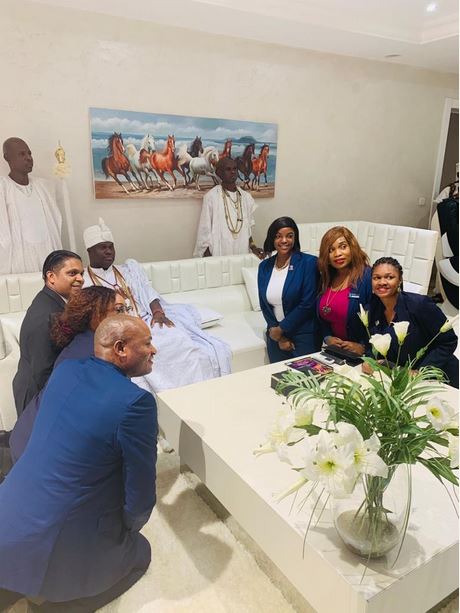 The hotel staff with the Ooni

The highly respected Yoruba monarch, the Ooni of Ife, Oba Adeyeye Enitan Ogunwusi, Ojaja II, and traditional ruler of the Yoruba kingdom recently arrived Abuja and was received as the king he is.

The monarch was received at the Airport by members of Staff of The Wells Carlton Hotels and Luxury Apartment, where he had a 3 day exquisite and luxury reservation.

The Ooni arrived Abuja in the retinue of his high powered entourage, which included his Chief Priests and other notable traditionalists from the Yoruba Kingdom. He was received at the Well Carlton Hotel and was given premium services, as he applauded the architectural masterpiece of the entire apartment and the home-comfort of their reservations.

Mr Opiughie Jerry Aloye, the Sales & Marketing Manager of the Hotel, who received and brought in the traditional ruler from the Nnamdi Azikiwe Airport, noted that it was joyful and memorable to have such a reputable person of high esteem and global recognition at their Apartments.

He appreciated the Ooni of Ife for considering the Wells Carlton Hotel for his 3 days stay in Abuja. Some members of staff of Wells Carlton Hotel and Apartments like John Ikediala, Stephanie Williams, Denise, Lisa, Esther Ezenwoye, Vera Undelikwo and Clare Okonma were unable to hold back their excitements as they clustered around the prestigious traditional ruler, prostrating their honour as tradition demands. They had several pictures with him and he commended their efforts in delivering premium and homely hospitality services. 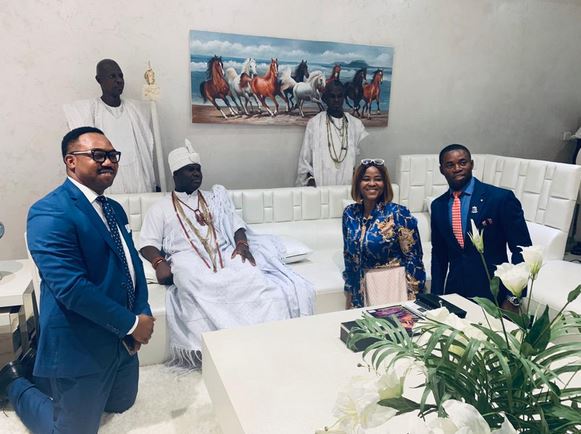 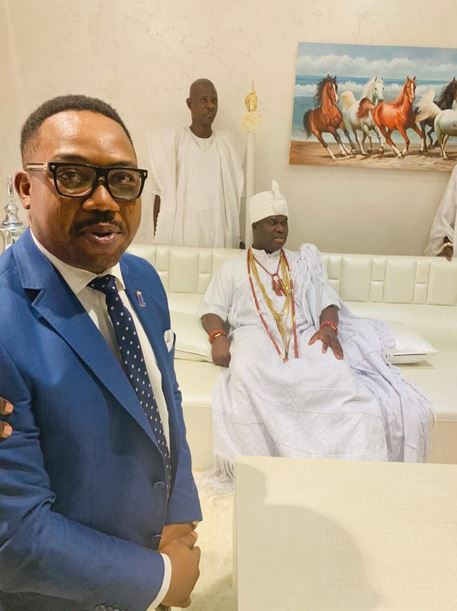