The brother of a Nigerian man who was killed in South Africa by his own kinsman has spoken about him. 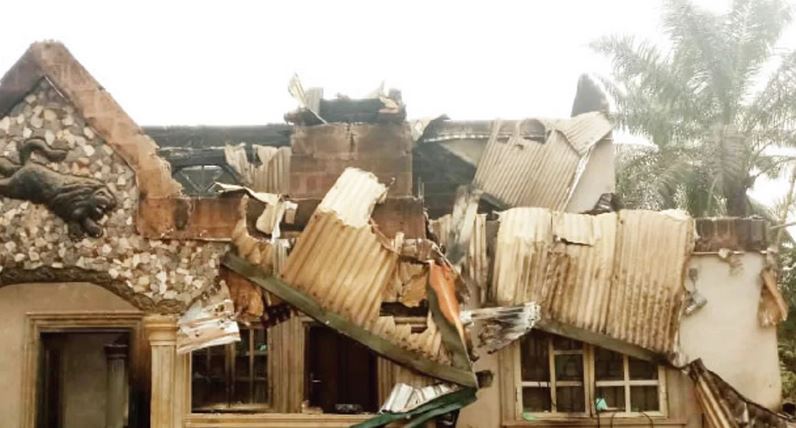 An Imo indigene, Ifechukwu Odenigbo, was allegedly killed in South Africa by his kinsman, Daniel Nsofor, over an undisclosed business deal that went awry. The video of how Nsofor killed Odenigbo went viral prompting youths to set ablaze the suspect’s house located in Ubulu community in the Oru West local Government Area of Imo State. CHIDIEBUBE OKEOMA visited the community

Though normalcy appeared to have returned to Ubulu community in the Oru West local Government Area of Imo State, the dwellers were still discussing the alleged killing of one of their kinsmen, Ifechukwu Odenigbo, in South Africa by his maternal brother, Daniel Nsofor, over an unknown botched business deal.

The killing of Odenigbo in South Africa and the torching of the suspect’s house in the village were still the talk of the town. But the villagers rejected any attempts by anyone perceived as strangers including our correspondent to make them talk about the issue.

However, the victim’s elder brother, Pastor Chike Odenigbo, attributed the murder of his immediate younger brother to devil’s handiwork.

Weeping, the cleric said the incident which jolted both the entire community and the families was ‘regrettable.’

Odenigbo, a pastor with the Winners Chapel (Living Faith Church Worldwide) in Owerri, Imo State, told our correspondent in Amorie village in Ubulu community that Nsofor was the one who introduced his late brother to the business he was doing in South Africa before his death. He added that the victim and suspects were classmates.

He said, “Elochukwu, one of my relations, said my late younger brother, Ifechukwu, had closed for work on that fateful Tuesday and was already in his house when Batista came to call him because he had stood as surety for him for the loan he collected.

“Ifechukwu  asked him to pay the people but Batista took offence and based on that they started fighting which resulted in Batista not only using a  stone to hit Ifechukwu on the forehead but also pushed him and he fell hitting  his head on the ground in the presence of the South African police officers. But my annoyance was that Batista having done that did nothing to assist his brother.

“Our relations who are in South Africa who learnt of the incident asked me to press for charges and compensation from South Africa government for the inability of their police officers who were present to prevent the fight that resulted in Ifechukwu’s death.

“We are not requesting compensation from the South Africa government as suggested by some of my relations in South Africa because the country’s police officers who witnessed the fight ought to have stopped it. That would not bring my brother back to life and that was why I was also against the burning of Batista’s house because it wouldn’t also bring my brother back to life. We have resolved that the South African government should handle the matter according to their own laws.”

Odenigbo further said his late brother who had been in South Africa for seven years was planning to return home for Easter and was already building a house for himself.

“Ifechukwu was 46 years and had five children; all boys and having been in South Africa for the past seven years, he informed me that he would be coming home during Easter and had already started building a house which he hoped to complete before Easter before his arrival in Nigeria. My reason of coming home is for us to formally inform the community of what happened and what the family wants to do.”

He disclosed that plans were underway to bring back Ifechukwu’s corpse to Nigeria by the second week of March as soon as issues with the South African government were resolved.

“Elochukwu and Okwuchukwu who are my relations in South African are making plans to ensure that the corpse is brought to Nigeria by the second week of March. They told me that their initial plan to move his corpse from a South Africa hospital where he died to a private hospital owned by a Nigerian to reduce cost was not permitted by the South African Police. They said the matter was later resolved and the corpse deposited at the private hospital.

“This was one of the major reasons that we did not want to press for charges because it would further delay his corpse from being brought home for burial. I have also been informed that they are also planning a wake keep for him next week.”

He told Saturday PUNCH that their parents had passed and it was unfortunate that his brother was killed by his kinsman over an issue that should have been resolved.

“The is issue would have been resolved amicably without anybody dying. The devil really cashed in on that and did the unthinkable. Our family is mourning. Ofechukwu has a young family.”

In a chat with our correspondent on the efforts of the police regarding the matter, the police spokesperson in the state, Orlando Ikeokwu, said the police had launched investigation into the setting ablaze of the suspect’s house in Nigeria.

Ikeokwu said what the police were investigating was a case of arson and not murder since the latter took place in a different country. He disclosed that the police could not assume jurisdiction over a crime that happened outside Nigeria. He vowed that the state police command was on the trail of those who burnt the suspect’s house.

He said, “We are investigating a case of arson. The setting ablaze of the house is what we are investigating. The alleged murder did not take place in Imo so we do not have jurisdiction over that. Our men arrived in the community and immediately conducted a preliminary investigation at the scene of the arson.”