A woman has been crowned as Miss Great Britain after she was dumped by her fiance for being too fat. 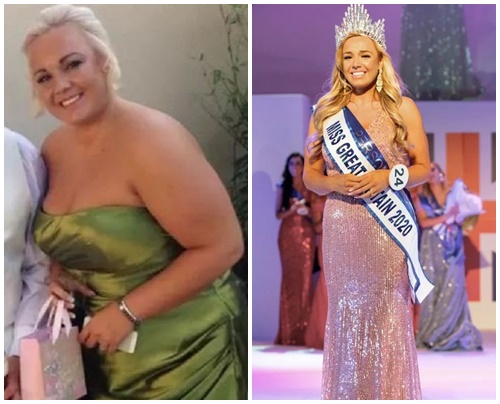 Jen's remarkable transformation won her Miss Great Britain crown
A woman who was dumped by her fiance because she was too fat has gotten her ultimate revenge.
According to SunUK, Jen Atkin, 26, from Grimsby, North East Lincolnshire, had ballooned to nearly 18 stone - but shed nearly half her body weight after her devastating ordeal.
But she had the last laugh by bagging the title of Miss Great Britain, or Britain's most beautiful woman, on Friday.
Jen, who recently got married, now feels happier than ever in her trim nine stone figure.
She said: "I'm still in shock at winning, I'm so happy I can't even put it into words - I honestly can't believe it.
"When I started doing this it was just for a bit of fun, I never imagined how far I would come.
"Winning Miss Great Britain marks the end of a long and difficult, but also amazing, journey."
When Jen met her ex in March 2011 she weighed in at 14st 7lb as she had become "a weekend recluse" dining on takeaway meals.
Jen said: "In the week, I would eat huge portions of pasta or pizza then a family-size chocolate bar. 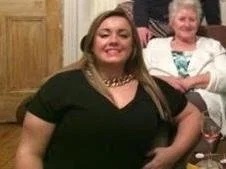 Jen before the transformation
"At weekends, we'd turn into virtual recluses sitting on the sofa in our pyjamas eating takeaways - spending £20 each time."
The couple planned to wed in the years that followed - but as she ballooned to 17st 9lbs in 2015 her ex-fiance decided to end their relationship.
The beauty queen said: "The day he left I thought my world had ended - I cried for weeks and used food as my comfort."
Despite this, Jen claims that being dumped spurred her on to slim down from a size 22 to a streamline size ten, adding: "I was devastated but it ended up being the best thing that's happened to me."
Jen signed up to her local gym and has never looked back since.
And she realised just how far she had come after being selected as one of the ten finalists for in her first pageant - Miss Genting Sheffield in 2017.
Just last week on Friday, Jen won the longest-running pageant in the UK at a glittering national final in Leicester.
After being named the 75th Miss Great Britain following a whirlwind couple of years, Jen said: "It was such a shock - three years ago I would never ever expected to be winning Miss GB."
Jen had retired from pageants after getting married last year but she decided to give it one more shot after having her name put forward to represent Great Britain this year. 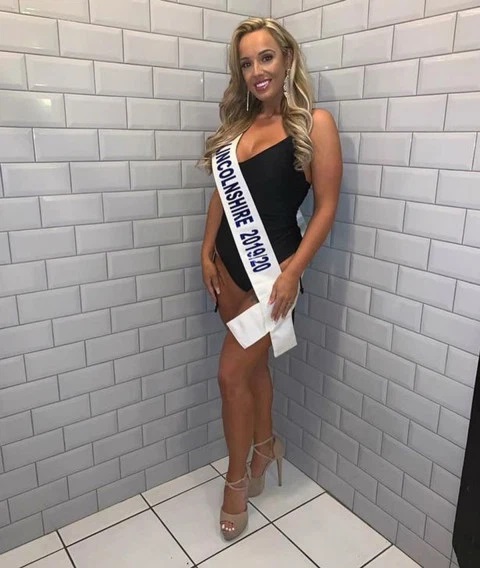 She added: "Although my body has changed so much I think don't think my personality has, and I think that's really helped me.
"The judges were able to see what kind of person I really am."
Jen is also a keen fisherwoman and country singer - releasing her first single in 2018 through the record label MHMG, reaching number two in the ReverbNation national charts.
Her twin brother, Sam Atkin, is an international athlete who competed for Great Britain at last year's European Indoor Championships over the 3,000m distance.
Jen said: "I'm so incredibly honoured to be the 75th Miss Great Britain, representing our country alongside my twin brother who runs for Team GB.
"There were 45 Miss Great Britain finalists and I was lucky to not only win the personality award but take home the crown and title of Miss Great Britain 2020.
"It felt absolutely incredible, I'm over the moon." 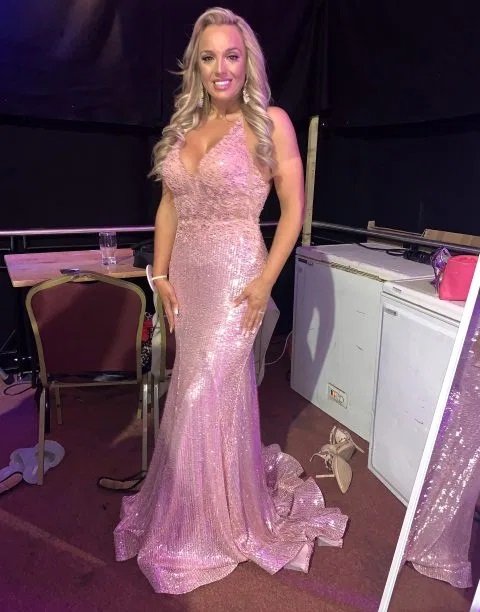 And on her plans for the year ahead, she said: "I have so much in the pipeline for my reign, including the release of my next country single this spring."
More than 400 guests watched the live Miss Great Britain event at the Athena in Leicester, where contestants took to the stage in fashion wear, swimwear and evening wear before being interviewed live on stage.
In the past eight years, the ruling has changed to allow married women and mothers to enter and this year, a new division open to women aged 28 and above was introduced.
Top Stories