Chinese restaurants in Lagos have recorded a rather low patronage over fears of the coronavirus. 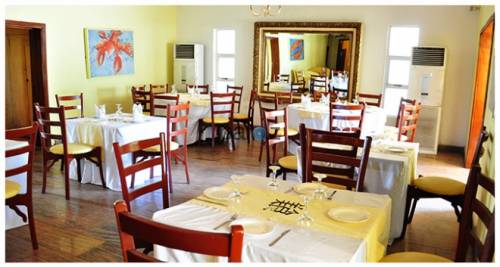 Chinese restaurants in Lagos have been recording low patronage since the outbreak of Coronavirus.

Managers and owners of such cuisine business in Lagos said patronage had dropped further after the confirmed case of the virus in the state on Friday morning by the Ministry of Health.

The patient, an Italian, was said to have entered the country through the Murtala Muhammed International Airport, Lagos, on February 24 aboard a Turkish Airline flight.

SaharaReporters had also exclusively reported how the Italian travelled to Ogun State and was smuggled back to Lagos 72 hours after he arrived in the country when he began showing signs of contracting the virus.

He is currently being held at the Lagos State Biosecurity Hospital in Yaba.

However, news of the recorded index case had created panic among Nigerians, who feared the country might be unable to contain the spread of the pandemic despite assurances from the Nigerian Government to tackle the virus.

As a result of the outbreak of the virus in China and confirmation of a case in Lagos, residents of the city, who used to patronise Chinese restaurants, have been refraining from doing so.

Manager of Zen Garden, a popular Chinese restaurant on Isaac John, a highbrow area of Ikeja, Moses Yakubu, told SaharaReporters that patronage has significantly dropped since the disease broke out in China in early January 2020.

“Today is Friday but the patronage is not like before, it has dropped so badly.

"We have been taking precautions since the disease broke out.

“We have hand sanitisers everywhere. My staff also make sure they disinfect their hands before and after attending to customers."

In another restaurant visited by our correspondent, there was no single customer when SaharaReporters arrived at the place.

“It is the same even in China. Shops are closing down,” the owner said, adding that the low patronage was expected.

Chinese not allowed in New China

In the bid to alleviate the fears of Nigerians, who are majority of those patronising the cuisine operators, some restaurants are taking drastic measures.

Manager of New China Restaurant said nationals from China had been restricted from patronising them.

“Since the outbreak, we have stopped Chinese people from coming in here,” said the manager, who introduced himself as Paul Balogun.

On a Friday evening, peak hour for restaurants and hangout spots in Lagos, one of the workers was reading a newspaper at a corner. There was no customer to attend to.

The Lagos State Government tested some Chinese citizens for the virus earlier this week but they all tested negative for the virus.

Balogun said the management had to let go of workers as sales had drastically dropped.

“Some of my staff have been sacked. Some of them have been placed on compulsory leave. We are only five left here,” he told SaharaReporters.

There has been fear of global economy shrinkage as a result of the outbreak.

Over the last week, there was a drop in crude oil prices and global stock market.

Since the outbreak in China, the virus has spread to 56 other countries with 2,867 deaths recorded.

At least 28 people, who had contact with the index case in Nigeria, had been quarantined in Ogun State.

The World Health Organisation has called for calm and encouraged people to practice good hygiene amidst panic around the world of the virus spreading further.