Nigerians have blasted journalist and feminist for calling for the boycott of Wema Bank. 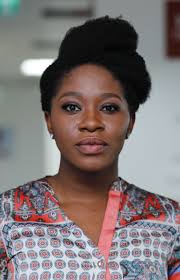 Kiki Mordi
Nigerian Journalist and feminist, Kiki Mordi is getting it very hot on Twitter after she called for the boycott of Wema Bank.
It all started after the bank reportedly sent her a message and on its social media pages to celebrate International Women’s Day to which took place on Sunday.
In messages shared on social media, the bank wrote: “Today we celebrate the mothers who aren’t raising patriarchal sons, the women bosses supporting female subordinates and the ladies whose voices we can no longer ignore.”
The feminist then accused the bank of promoting patriarchy, and called on women to boycott its services to register their displeasure.
However, many people have wondered where the bank went wrong as it obviously condemned anyone trying to elevate patriarchy by calling on all to be self aware. 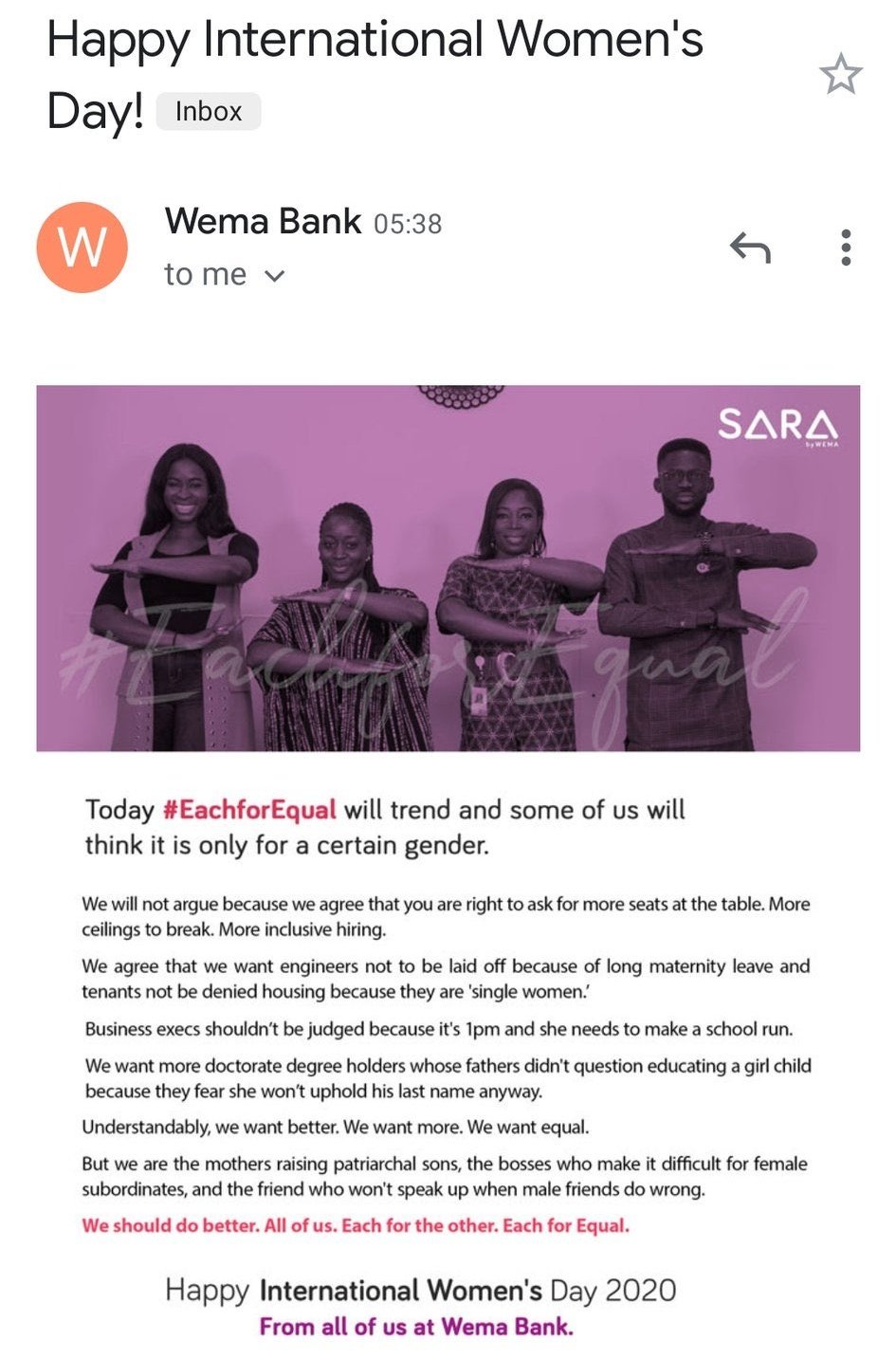 Nigerians accused the Mordi who sometime ago conducted the British Broadcasting Corporation (BBC) investigation that led to the suspension of Dr Boniface Igbeneghu by the University of Lagos (UNILAG) for sexual harassment as dumb ever.
Although the bank has since apologised that its message was misconstrued, many commentators berated Mordi for advocating a boycott.
Some commentators accused Mordi of misinterpreting Wema Bank’s message in a bid to embarrass the bank.
Many others described her as a bitter feminist who’s looking for an opportunity to pick a fight where there’s none.

This is a bank that has decided to use it's platform to ridicule the one day that has been set aside to celebrate you, a woman.

Do they look like they give a shit about equality?

Did they care enough to research your day?

Do they even know why we celebrate #IWD every year? pic.twitter.com/WSHfhv6uh6

So why are you funding the patriarchy?

Until we take decisive actions to stop putting our very limited resources into businesses that refuse to be gender sensitive, we will keep dancing around in circles.#BoycottWemaBank until they apologize to you. Your money is worth respect 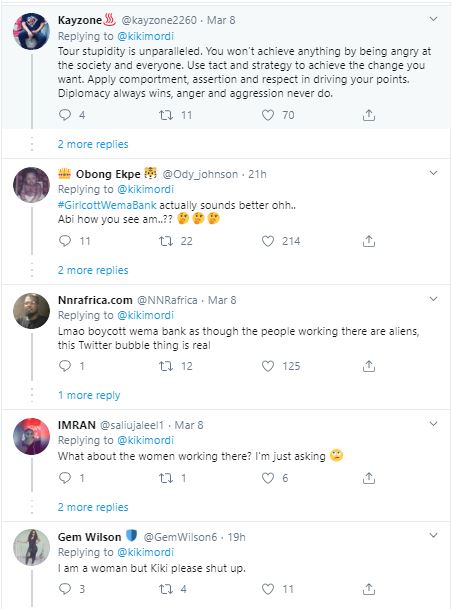 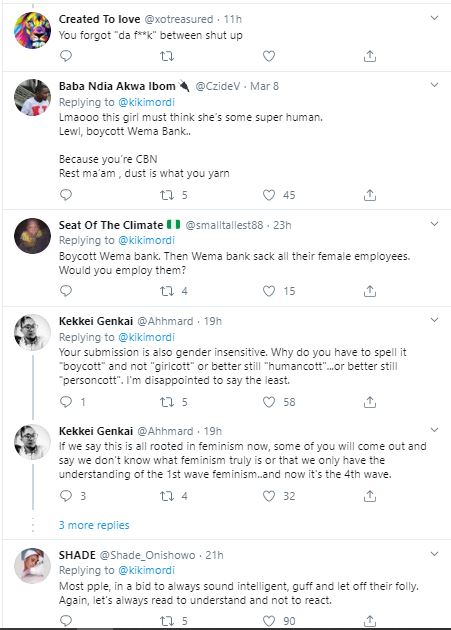 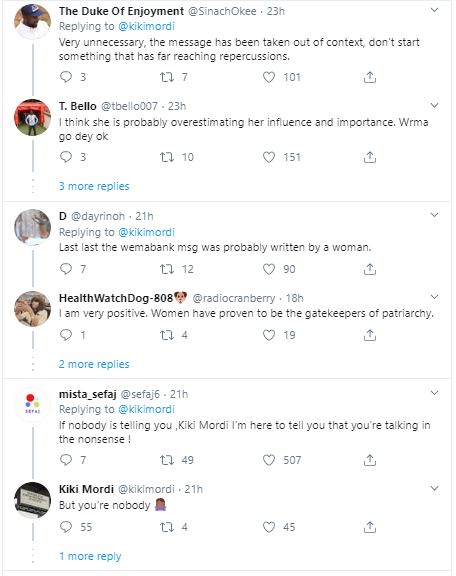 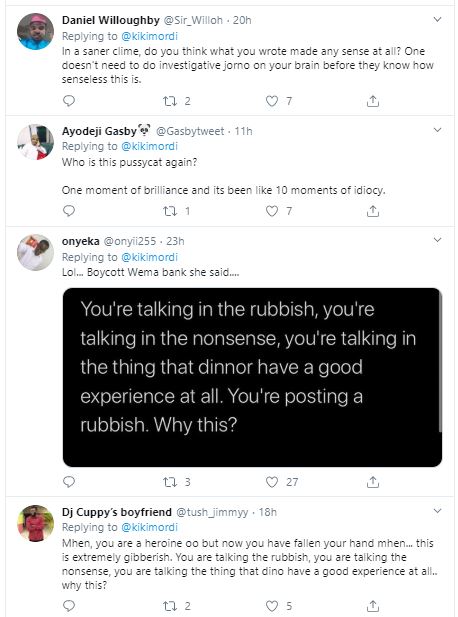 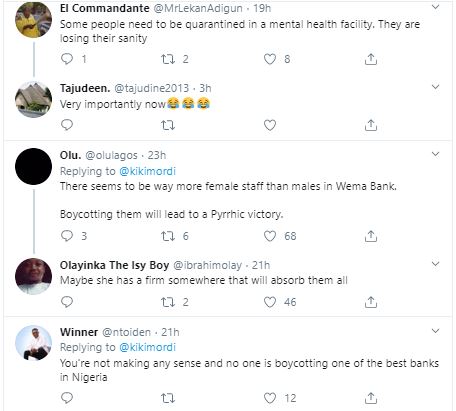 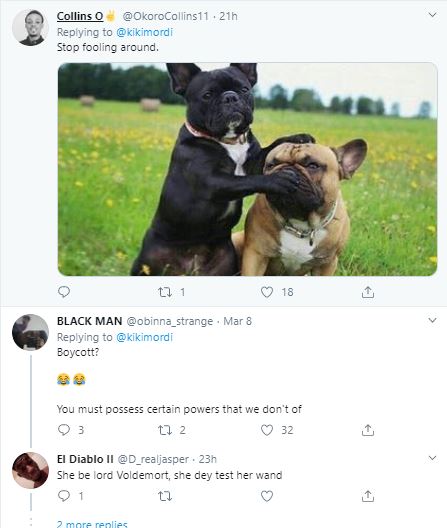 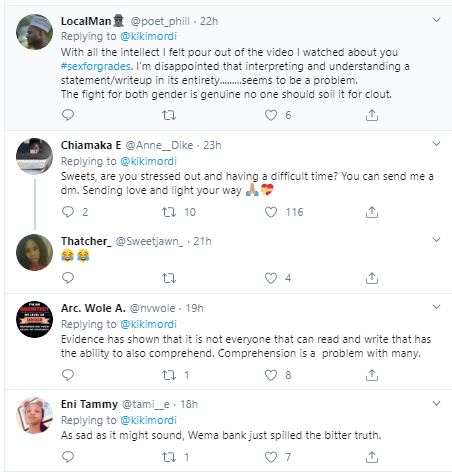 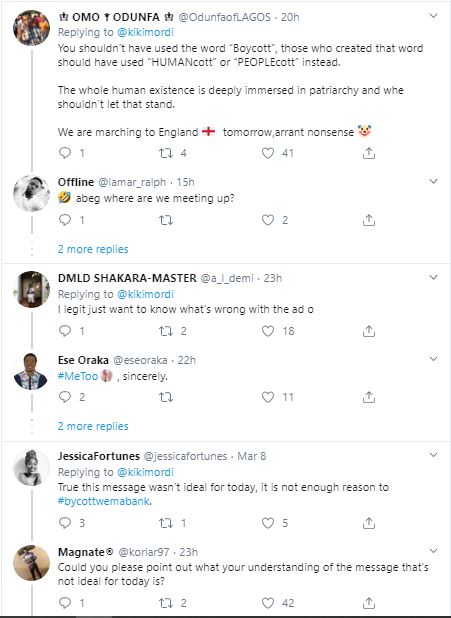 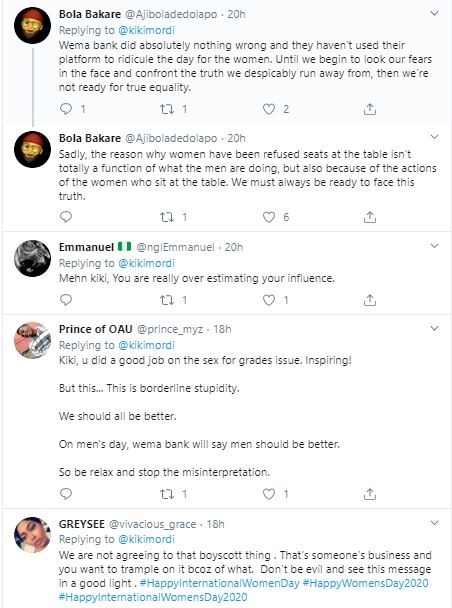 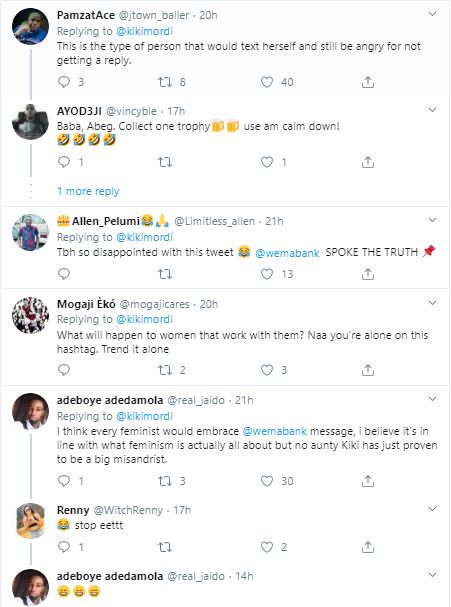 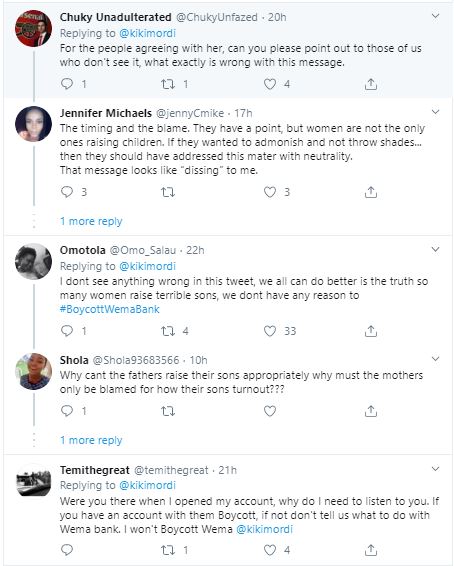 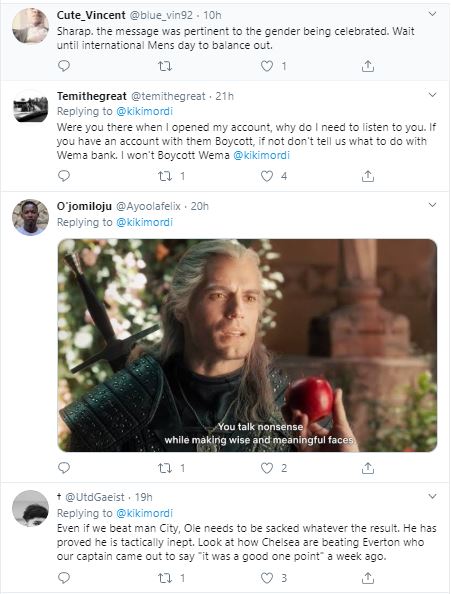 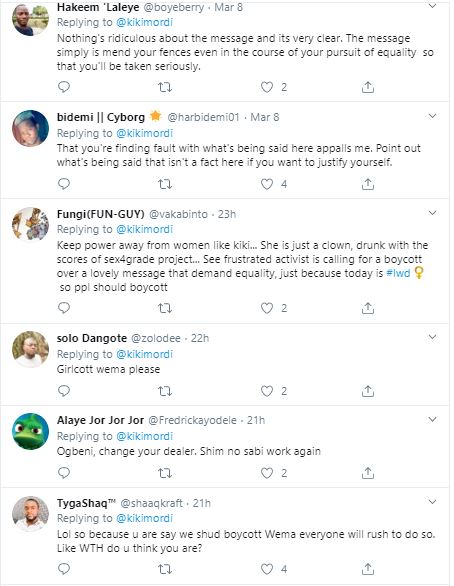