The Premier League has decided to postpone Wednesday's match between Manchester City and Arsenal over coronavirus fears. 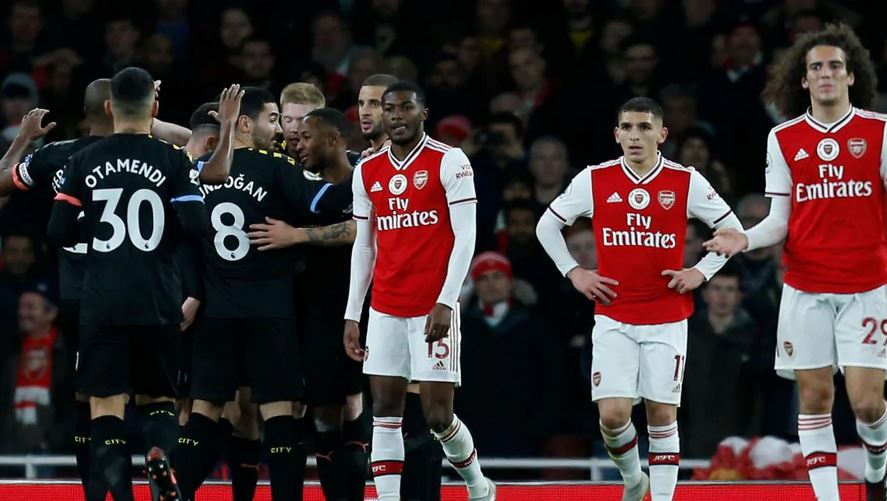 The Premier League has decided to postpone Wednesday's match between Manchester City and Arsenal over coronavirus fears.

The top-flight clash, which had already been delayed due to respective cup commitments, is the latest European fixture to be interrupted by COVID-19.

A decision to postpone the game was made after it was revealed Arsenal staff had come into contact with Olympiacos owner, Evangelos Marinakis, who has been diagnosed with coronavirus.

"Tonight's Premier League match between Manchester City and Arsenal has been postponed as a precautionary measure following the announcement on Tuesday that Evangelos Marinakis has contracted COVID-19," a statement from the Premier League read on Wednesday.

"Following medical advice, Arsenal FC and Manchester City FC consider it is necessary to postpone their fixture due to be played this evening, Wednesday 11 March, to give time to fully assess the situation.

"The Premier League has therefore agreed that tonight's match will be rearranged.

"We understand this will cause inconvenience and cost to fans planning to attend the game but Arsenal, Manchester City and the Premier League have agreed that the short notice of Mr Marinakis' infection means there is no alternative but to take the time to complete a proper assessment of risk.

"All necessary measures are being taken and the Premier League currently has no plans to postpone any other matches."

Arsenal released a statement on Tuesday claiming that no staff had shown symptoms of coronavirus after news of Marinakis' diagnosis, but conceded in the early hours of Wednesday morning that select players and staff now need to self-isolate.

"Following yesterday’s news that Olympiacos owner Evangelos Marinakis has recently contracted Covid-19, we have been taking medical advice and tracing any individuals who had what the guidelines define as close contact with him at the game 13 days ago," an Arsenal club statement read.

"As a result of this exercise we identified that a number of players met the Olympiacos owner immediately following the game.

"The medical advice we have received puts the risk of them developing Covid-19 at extremely low. However, we are strictly following the Government guidelines which recommend that anyone coming into close contact with someone with the virus should self-isolate at home for 14 days from the last time they had contact.

"As a result, the players are unavailable for tonight's match against Manchester City and the Premier League has decided the game should be postponed.
"The players will remain at their homes until the 14-day period expires. Four Arsenal staff, who were sitting close to Mr Marinakis during the match will also remain at home until the 14 days are complete.

"We fully understand how disappointing this is for our supporters, in particular those who were travelling to Manchester for tonight's match. Tickets will be valid for the match when it's rearranged.

"As a further precautionary measure, whilst we do not believe there was any close contact with any other Arsenal guests or staff in the directors box restaurant, we are contacting them to advise they should follow the relevant advice if there has been any such contact.

"Everyone at Arsenal Football Club wishes Mr Marinakis a swift recovery and we look forward to the players and staff returning to work on Friday in preparation for our match at Brighton."

With the Gunners due to face Graham Potter's Brighton on Saturday, the Seagulls themselves released a statement to confirm that the match is due to go ahead as planned.

It read: "Albion's match against Arsenal this Saturday remains scheduled to go ahead as planned, in line with government advice, and following consultation with the Premier League and medical advisors."