The health workers in Enugu state have debunked claims that the woman who tested negative for coronavirus died as a result of negligence and stigmatisation. 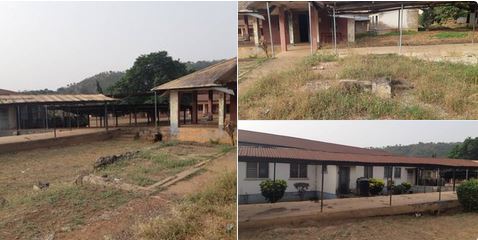 Enugu state health workers were forced to respond after a woman took to Twitter to accuse them of negligence and claim that the 70-year-old woman who tested negative to coronavirus in Enugu later died due to this negligence.

The open letter to Enugu state governor, Ifeanyi Ugwuanyi, which began with " I am writing on behalf of myself and family regarding the 70-year-old woman suspected of the Covid-19 in Enugu,'' was shared on Twitter by a family friend @UcheNgwu7

The deceased's daughter accused the state's health workers of neglecting the 70-year-old woman while she was in quarantine. She said the manner and state in which the woman was treated was "inhumane" and that she was kept in an "abandoned old section of the hospital" that is not habitable.

"The staffs at the hospital were unprofessional in the way they handled my mother. She was stigmatized and this made her feel worthless," she wrote.

She added that it took 3 days before the result of the test for coronavirus came out and this meant that she could not receive treatment in time for her ailment.

She wrote: "If the result for Covid-19 was ascertained on time, my mother would still be here with us, as she would have been moved to a better equipped hospital with the right experts to deal with her underlying illnesses."

The Twitter user later added at the end of her thread that she isn't the late woman's daughter and that she just posted the letter on twitter on behalf of the family.

She wrote: "PS: I'm not the victim. I'm only tweeting on her behalf for appropriate action to be taken because this is so so sad..."

Well, her tweets quickly went viral and health workers responded, telling their side of the story.

They shared photos of the hospital and of health workers wearing the protective covering to deny the claims that the late patient was kept in uninhabitable conditions and abandoned by health personnel.

They added that when the woman was brought to the hospital, health workers did their best to take care of her.

The statement signed by a number of health workers reads: "The 70-year old woman was promptly received and interviewed by doctors without any form of stigmatization from them or other health workers."

The health workers denied that negligence was the cause of the woman's death.

Revealing her cause of death, they wrote: "She had hypertension, sugar issues and kidney disease which were poorly managed before her admission at the isolation centre. Her personal doctor, a specialist at the ESUTH Parklane, was also contacted and later went to the Isolation Centre with two other specialists to see this woman.

They added that even the woman's son refused to donate blood for her and they had to source for it outside.

They referred to the daughter's allegations as "mischievous"

The statement continues: "We therefore state categorically that this allegation is false, mischievous and a clear case of ingratitude."

They added: "Where was the daughter all this while the mother was sick and being managed. It will be candid of us to know that where the woman was managed was clean and not the picture that is circulating as seen above. May her soul rest in peace." 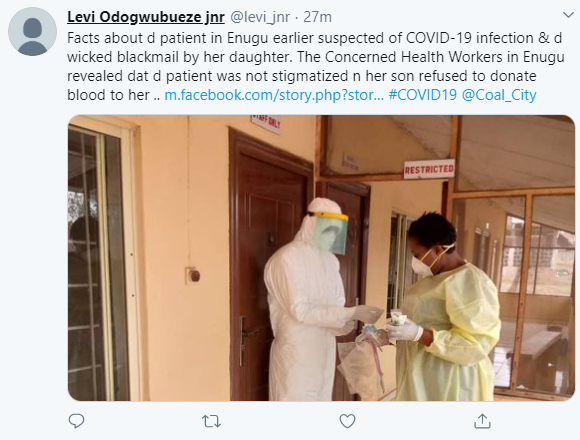 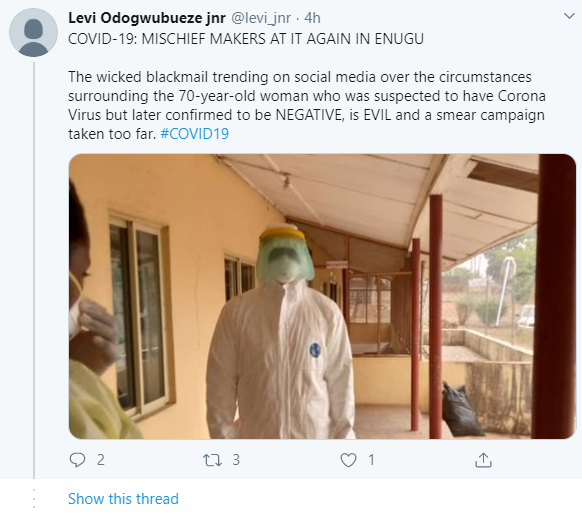 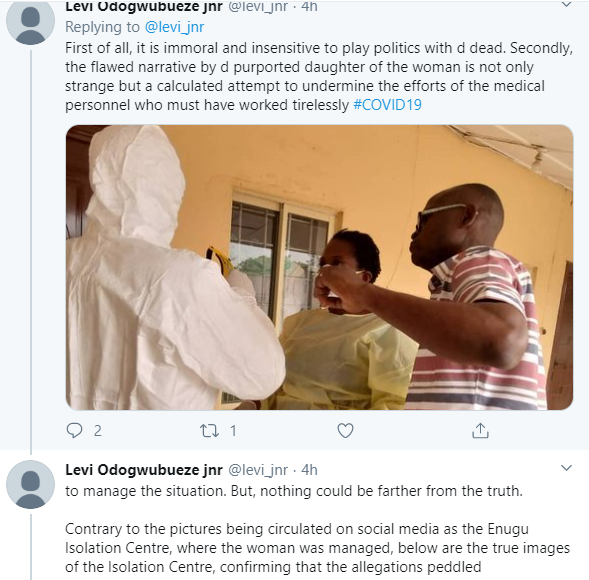 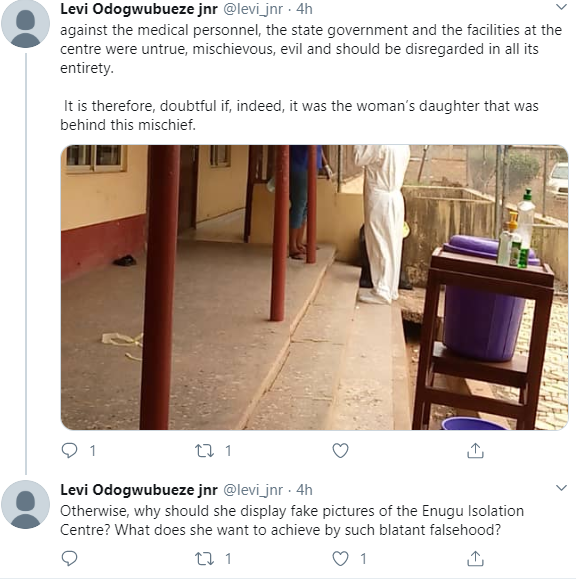 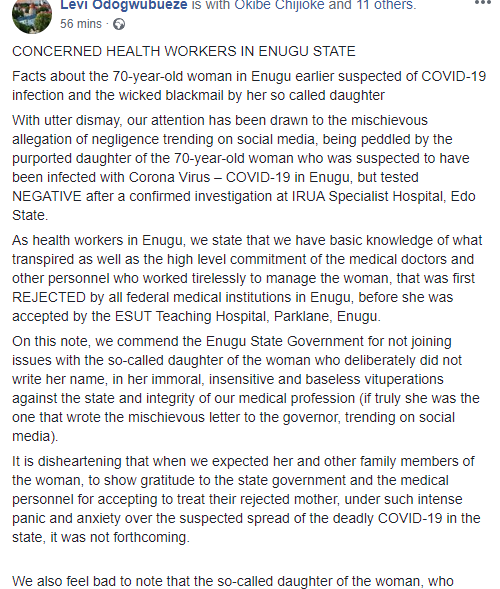 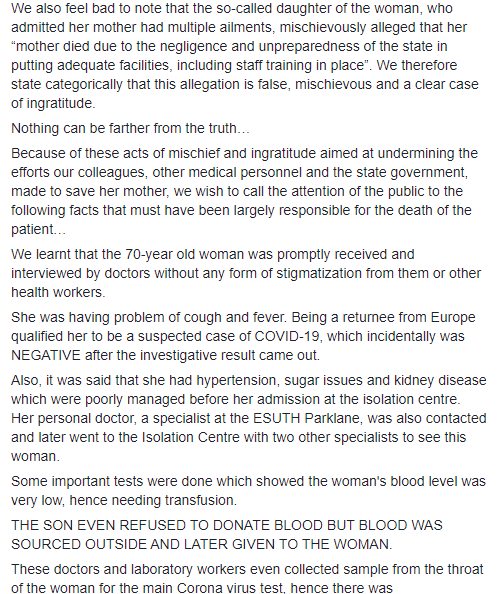 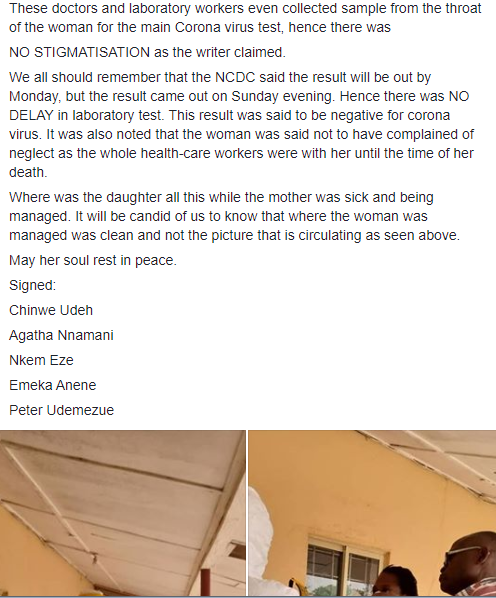