See What Tonto Dikeh's Son Did To Her Half-Naked Pictures 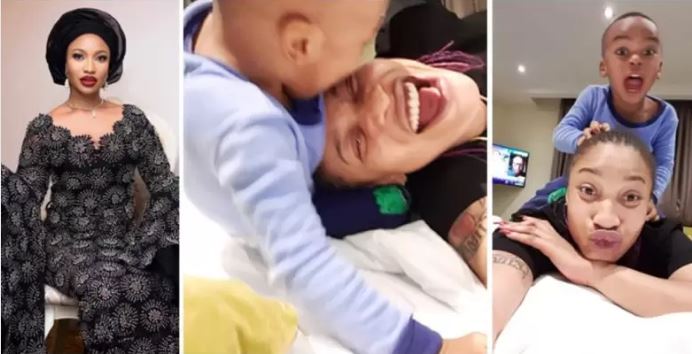 Tonto and son, King Andre
Controversial Nollywood actress, Tonto Dikeh has revealed what her son, King Andre did after seeing her half-naked photo.
The actress who stated that no one has the power to do what her son did, revealed that he was not pleased with seeing her dressed in such a provocative way.
"Mummy you are too naked and no shoes on" Tonto quoted her son as saying. 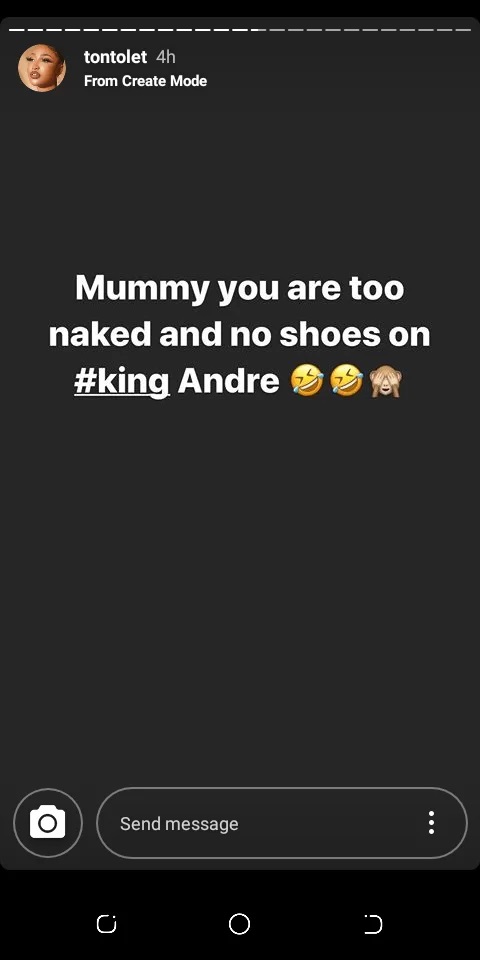 Sharing the video, she wrote:
"I have never been checked in my life, no one cld have the power to do that.
But this kid right here...
Kia the joy of parenthood..
The joy of waking up to your child/children
The joy of holding them...
#4am"
See post below: