The government has been condemned for shutting down mosques by a Muslim cleric. 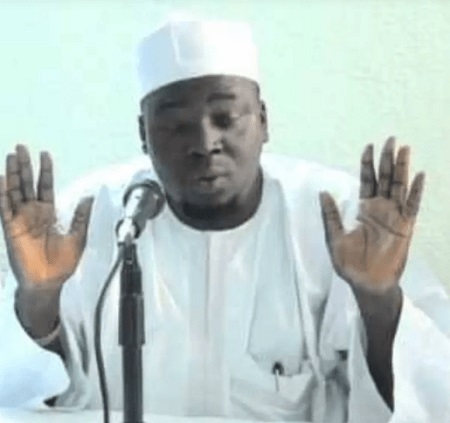 Dr. Abubakar Imam Aliagan
An Islamic Scholar Dr. Abubakar Imam Aliagan has condemned the ban of Juma’at prayers over the novel Coronavirus which originated from Wuhan-China.
The Professor of Islamic studies at the University of Ilorin said Muslims are naturally endowed with an immune system strong enough to fight off the virus.
Buttressing his statement, the Islamic Scholar referenced the COVID-19 cases in France where there is no record of any Muslim woman contracting the virus.
He said the women who wear protective clothing such as Hijabs and Gloves do not need to fear about contracting the disease.
“Again, our sisters are always adorned in Hijab, some even use Niqab and gloves. So, we the Muslims already have a potent immune system against coronavirus. That is to say that we don’t have any problem.
“Even in France, I learnt that those that are completely free from contacting coronavirus are Muslim ladies and women who cover their face, use hand gloves and don’t shake hands with people.”
He also urged the government to lift the ban saying Muslims already wash their hands five times in a day when observing their daily prayers, which makes them less prone to the disease.
He made this known during an interview with PRNigeria.
This is coming after the holy city Saudi Arabia banned worshippers from congregating at mosques to observe the five mandatory daily prayers even though the country is yet to record any case of the rampaging Coronavirus.
House of Reps emulating the move banned all religious centres including churches and mosques from conducting services.
The Islamic scholar expressed his displeasure at the ban of Juma’at prayers admonished Nigerian leaders not to toe the path of the holy muslim city. He said “I don’t think the Muslim Ummah and its authorities in Nigeria should toe the line of Saudi by banning congregational prayers in mosques.
“The situation in our country is quite different from what we have in the Arab world or even at some western countries. The killer scourge easily ravages their immune system and body. However, I am still saying we should go along with what the Prophet counselled.
“Which is that we should not take epidemics or any killer disease for granted. We should take all necessary precautions. Any advice from health officials should strongly be adhered to and abided by.”
Top Stories