A man took to Twitter to call out a policeman for allegedly assaulting him and his brother after they were accused of being robbers. 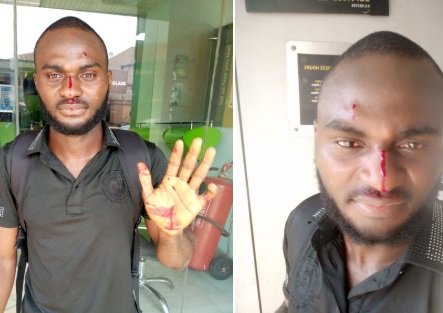 A Nigerian man residing in Abuja, has recounted how he was allegedly physically assaulted by a police officer who accused him of attempting to steal his rifle.

@Sphinx_Diff who shared his story on Twitter, claimed he was walking with his brother when a police officer hit his head with a rifle.

According to him, the police officer identified as John Utakah, accused him of attempting to steal his rifle at a market place and proceeded to assault him.

Sphinx also claimed the policeman shot at his brother who tried to step in, but missed. The policeman and his colleague then continued to beat him up.

Read his story below; 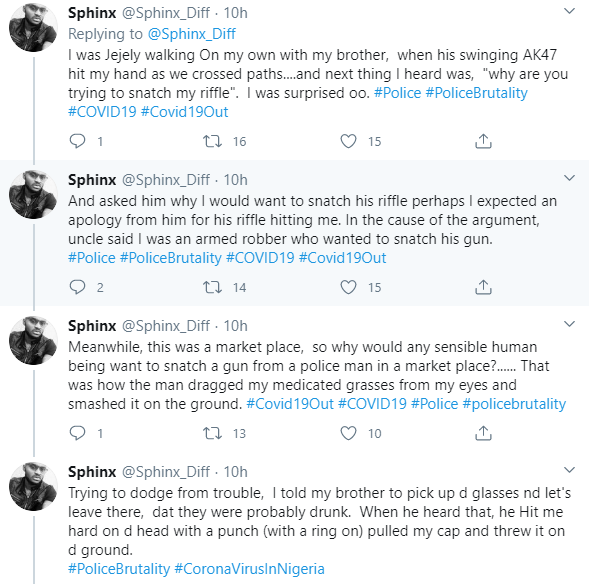 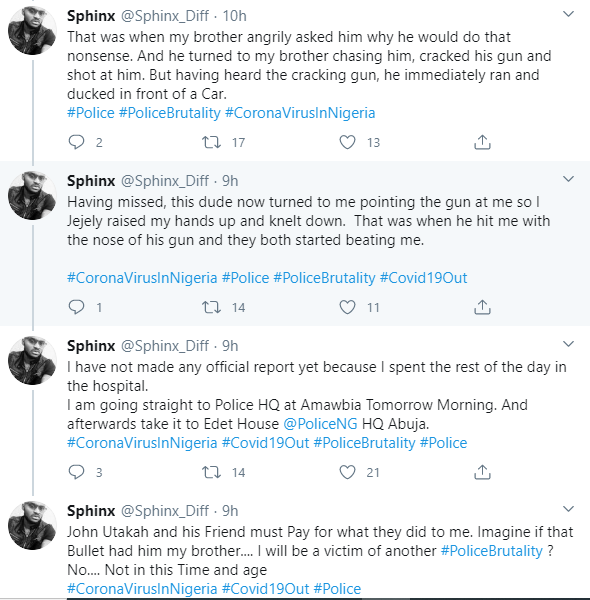 Naira Marley Gives Up, Hands Self Over To Police