COVID-19: Police Are Harassing Us On The Way To Hospitals - Health Workers Raise Alarm


Men of the Nigerian Police Force have been accused of harassing health workers going to hospitals. 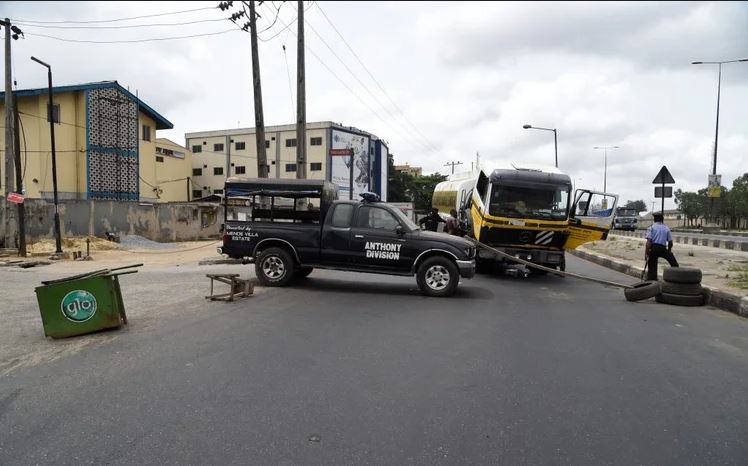 According to The PUNCH, the Lagos State Chapter of the Nigerian Medical Association, and Medical Guild have raised the alarm over an alleged “undue” harassment of health workers by men of the Nigerian Police Force.

The NMA in a release signed by its Chairman, Dr Saliu Oseni, said the statement made by the Lagos State Commissioner of Police, Hakeem Odumosu, on Tuesday was “unfortunate”.

The Lagos NMA Chairman added that the statement by the CP was exposing its members and other healthcare workers to unwarranted harassment by the police.

“The attention of the Association has been drawn to the comments made by the Commissioner of Police in Lagos State pertaining to the movements of health workers in the state against the background of restriction of movement informed by the fight against the spread of the COVID-19 disease in the country.

“The comments were aired on TVC News on March 31, 2020. The CP said, amongst other things, that health workers, in addition to carrying valid means of identification, must show evidence of being on duty whenever they move around the state.

“Is the CP suggesting that health workers engage in ‘illegal duty’ or wander about aimlessly? Perhaps, the CP underestimates the enormity of the work at hand. For the avoidance of doubt, all hands are needed on deck at this critical time. Several countries have already called thousands of health workers out of retirement.”

In a related development, the Medical Guild leadership said its members are being harassed by the Police on their way to attend to sick patients in the hospitals

The Chairman of the Guild, Dr Oluwajimi Sodipo, said, “The Medical Guild wish to call on Lagos State Government to prevail on the security operatives to allow all health care workers through the roads to provide services in our hospitals.

“We strongly urge the Commissioner of Police to retract his directive which will lead to loss of lives of members of the public unnecessarily.”