N20,000 Coronavirus Cash Transfer Will Be Given To Only One Million Households - FG says


Only about a million households out of many others will receive the federal government's N20,000 palliative. 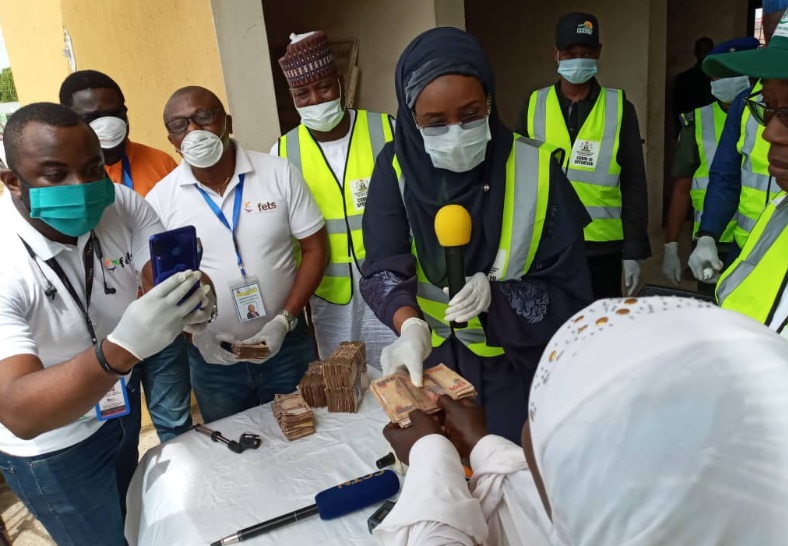 FG's N20,000 Coronavirus palliatives will only be given to one million households
The Federal government has said that only one million Nigerian families whose names are on the National Social Register (NSR) would get the N20,000 palliative aimed at cushioning the economic impact of the lockdown in some states.
According to The Guardian, Lonwa Apera, the National Coordinator of the National Social Safety-Nets Coordinating Office (NASSCO), said the National Transfer cash Office (NCTO)  had over the years, worked with various state governors to develop the NSR of poor and vulnerable people in 35 states and the Federal Capital Territory (FCT) besides Ogun State. He stated that the cash transfer that was kicked off by the Minister of Humanitarian Affairs was for existing beneficiaries of the programme, and not for every Nigerian. He said more names would be captured for the news payments which would be in May.
Recall that on March 29th, President Buhari gave an executive order for Lagos, Ogun and the FCT be on lockdown beginning from March 30th due to the high number of Coronavirus cases recorded in these places. He directed that as part of efforts to cushion the effect of the economic impact of the lockdown, N20,000 be paid to vulnerable households through the social investment scheme.
The Ministry of Humanitarian Affairs has since begun the disbursement of the funds.
Top Stories