A US mayor who sent police officials to break up a party being held despite lockdown due to coronavirus party was left in shock as he found his wife partying among the offenders. 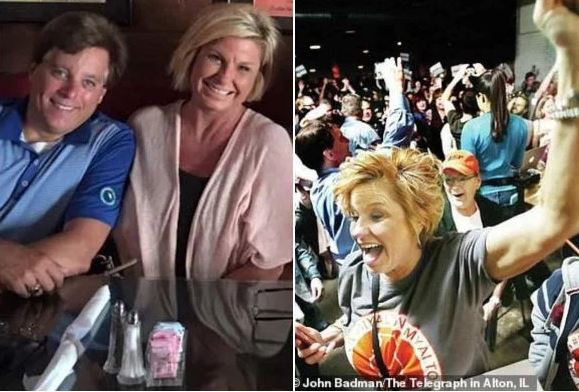 A US mayor, of a small town in Illinois, Alton Mayor Brant Walker, was left embarrassed after police he sent to break up parties amid coronavirus lockdown, discovered his wife among the revelers attending one of the parties.

When Police officers busted one of the parties they found several people in attendance including the first lady of Alton.

On Monday, Mr. Walker issued a statement on Facebook saying police had found his wife at a bar in the city that was operating against Governor J.B. Pritzker’s stay-at-home orders.

Walker said he was embarrassed and apologised to his constituents before disclosing that he told the town’s police chief to treat his wife, Shannon, as he would any citizen violating the “Stay At Home” order.

‘My wife is an adult capable of making her own decisions, and in this instance she exhibited a stunning lack of judgement. She will face “the same consequences for her ill-advised decision as the other individuals caught at the event, he added.

All those arrested have been charged for reckless conduct, a misdemeanor punishable by up to nearly a year jail. They are due in court at a later date.