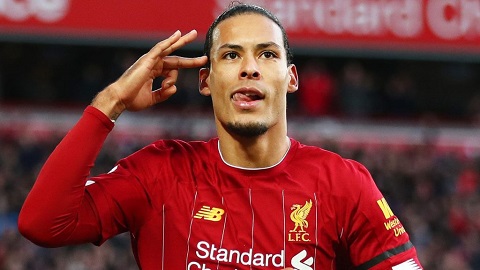 Dutch and English club, Liverpool defender, Virgil Van Dijk
Dutch and English club, Liverpool defender, Virgil Van Dijk has stated that he’s a big fan of Nigerian singers, Davido and Wizkid.
The defender, 28 who is currently the UEFA Men’s player of the year and first defender to win the award revealed this in an interview session with Simon Crabtree through a video calling app.
He said:
“I listen to a lot of Afrobeat music particularly by Nigerian musicians. I love Wizkid and Davido. I know you might not know them just go check them out.”
The Liverpool star is apparently a big of Afrobeat in general but particularly likes Nigerian musicians which is quite cool to realize that borders and language didn’t affect the musical choice of the footballer.
Watch him below: