Nigerian Actor, Yul Edochie Reveals Who His Father, Pete Edochie Named Him After


Nigerian movie star, Yul Edochie has opened up about who his father, Pete Edochie named him after. 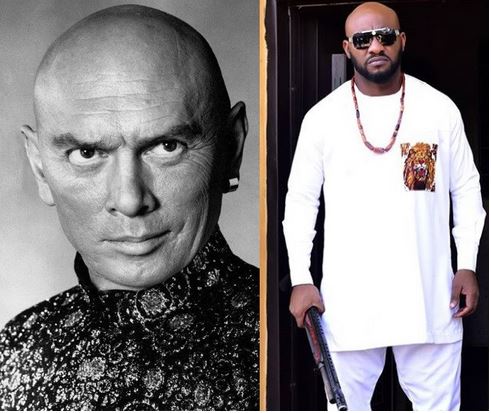 Yul made this known in a post on Instagram while noting that he shares so many things in common with the late 'The King and I' star.

He wrote: 'My father named me after this great actor Yul Brynner. He was an outstanding stage and film actor, with a deep voice.

I seem to have grown to be just like him, same looks too, same eyes, same bald head, though my nose is way bigger than his.

So I'm just thinking.... The name you give to your child, does it play a role in the development of that child??' 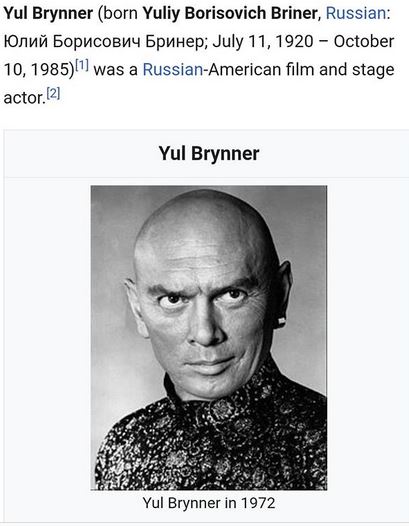 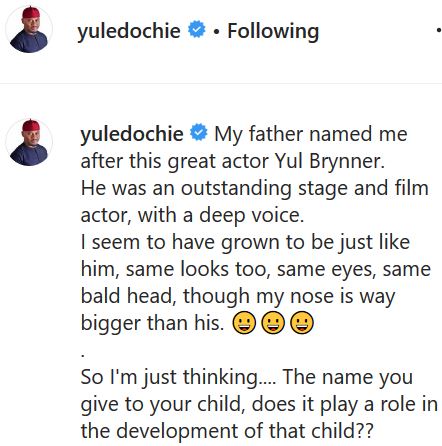 Yul Brynner was famous for portraying King Mongkut of Siam in the Rodgers and Hammerstein musical The King and I. The Russian-American stage actor died of lung cancer at the age of 65 in New York City.