Revealed: Over 100 Chevron Employees Suspected Of Having Coronavirus Secretly Quarantined In Delta Hotel


The hotel is situated along Nigerian Ports Authority Expressway by Ekpan Bridge, a popular section of the city. 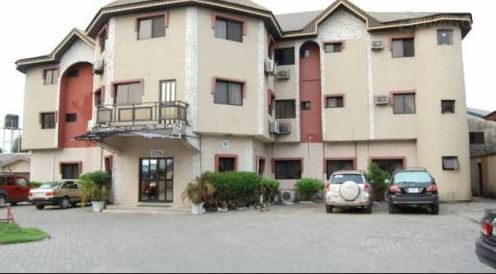 More than 100 employees of oil giant, Chevron Nigeria Limited, suspected of having Coronavirus, are currently being secretly quarantined at Cyprian Hotels and Suites in Warri, Delta State, raising fears among residents of the area, SaharaReporters can confirm.

The hotel is situated along Nigerian Ports Authority Expressway by Ekpan Bridge, a popular section of the city, and is owned by Chief Cyprian Onephrojire, a retired Assistant Inspector General of Police.

The Chevron employees are said to have recently returned from leave and vacation abroad.

The hotel management’s decision to accommodate the oil workers based on existing relationship with Chevron is in violation of the directives of the Delta State Government, which stipulates that all suspected COVID-19 patients must be quarantined in a state-owned medical facility.

A resident of the area, who expressed grave concern, told SaharaReporters on Wednesday that they now lived in fear of contracting the virus as a result of the presence of the oil workers suspected of having Coronavirus being quarantined at the hotel.

“Is it proper in this era for a company to assemble its staff returning from vacation without detailed travel history and quarantine them in a hotel in a populated neighbourhood instead of isolating them in their various homes or hospitals provided by the state government?

“The hotel management wants to endanger the lives of its workers and residents around because of the money Chevron will pay them. We are worried about this situation,” the resident, who asked not to be named, said.

SaharaReporters gathered that the hotel workers were forced to resume duties as a result of the arrival of the Chevron employees at the facility.

Some of the hotel staff told our correspondent that they have not been provided with protective gears and or guaranteed any special allowance for risking their lives to look after the oil workers, who may have been infected already.

The hotel staff also disclosed that they were threatened to be fired if they failed to comply with the instructions of the management to work.

When contacted over the issue, owner of the hotel, Onephrojire, denied the claims.

Findings by SaharaReporters however, revealed that some senior staff of Chevron are also currently being secretly quarantined at Prodeco Guest House and Bon Hotel – both situated along NPA Expressway in Warri.

Sources around the hotel told our correspondent that the retired AIG was breaking the law because his son, Roland Onephrojire, is a high-ranking police officer currently in charge of the security of Nigeria’s Deputy Senate President, Ovie Omo-Agege.

General Manager Policy, Government and Public Affairs of Chevron, Mr Esimaje Brikinn, could not be reached for comments as at the time of this report.

Special Assistant on Media Affairs to Delta State Governor, Norbert Chiazor, when contacted by our correspondent, said the development was against government's directive, adding that suspected COVID-19 patients must be quarantined at designated state hospitals and not in a hotel.

He said, “We are setting machineries in motion immediately to verify this story. Government's directive is that all suspected cases are reported to the state authorities.”

On Tuesday night, the Nigeria Centre for Disease Control announced that there were 373 confirmed cases of Coronavirus in the country and 11 recorded deaths.

Delta has three confirmed cases and one death from the virus at the moment.