I'm Not Sick, I Want To Go Home - Abuja COVID-19 Patient Cries Out


Speaking on a telephone interview on Channels Television on Wednesday, the UK-returnee said she is not feeling sick. 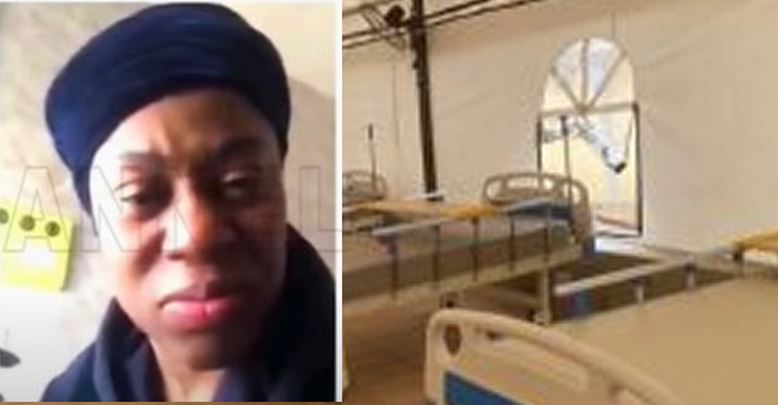 According to The PUNCH, a patient quarantined at the Abuja Isolation Centre says she has not received any form of treatment since April 2 when she was moved to the facility.

The patient, identified as Susan Idoko, had been brought to the Abuja Isolation Centre from Benue State after she was said to have tested positive for coronavirus, The PUNCH reports.

But speaking on a telephone interview on Channels Television on Wednesday, the UK-returnee said she is not feeling sick.

Idoko, who came into the country from London on March 22 for her mother’s burial, said she wants to return to her family in the UK.

The interviewer had said the Minister of Health, Dr Osagie Ehanire, said she tested positive for coronavirus but the indigene of Benue retorted, “That is a lie. I came from London on the 22nd of March.

“The hospital told me that because I am coming from a high-risk area, the standard procedure was for them to call the state ministry of health. And innocently, I said, yes, come and run a test on me.

“The photocopies of the result were brought to me because I told the minister of health that if I don’t get the result, nobody does another on me, I am not going to accept it.

“I was transferred from Makurdi on the 2nd of April.

“They did one (test) in Makurdi and another one in Abuja on the 10th of April.

“From Makurdi to this place, I have not taken a dose of panadol or any drug or treatment.

“From the past 22 days, apart from when I went to the private hospital in Makurdi, where I was given analgesics for pain relieve, I have not taken a panadol from anybody both in Benue State Isolation Centre and here in Abuja Isolation Centre.

“I am just inside my room; I am not allowed to come out. If I peep outside my room, they will tell me. ‘Madam, go inside, go inside’.

“The doctors come every day to ask for my welfare though. On April 3rd, the doctors said they suggest I take malaria treatment because I was coming from a place where there is no malaria and in Nigeria, there is malaria. I said I thought they brought me here for COVID-19, why malaria now?

“The following day, another doctor came in and said, ‘we are going to treat you for mild symptoms’. I said, what’s mild symptoms? My vital signs are okay. My breathing is okay, I don’t have a temperature. So, what are you treating me for?

“I am not sick. I am healthy here. I want to get out. I came for my mom’s burial but because of the lockdown, it’s been postponed. If the burial is not holding, let me go and meet my children in London, I am not sick.”