Two Enugu neighbours hahve been caught on camera settling scores in the full view of other poeople. 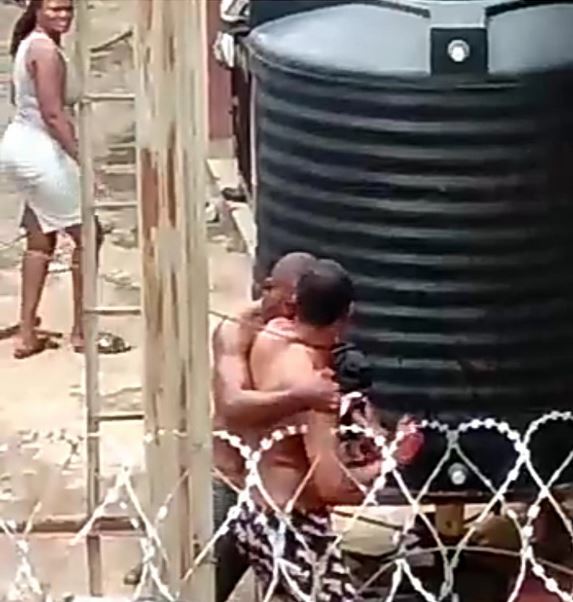 Two men living in the same compound got into a fight during lockdown in Enugu and it was really messy.

The men - Divine and Nonso - had a disagreement and neighbours tried to intervene but it soon spiralled out of control and they took the fight outside in full view of neighbours.

In a video taken by someone living in the next compound, the men are seen only verbally attacking each other before one pushed the other and hit him with a chair. The other reciprocated and they soon moved from chairs to bottles until they were both bleeding.

Neighbours called out to them to stop fighting but no one dared go close to separate them, for fear of being stabbed with the bottle.

Watch a shorter version of the video below: